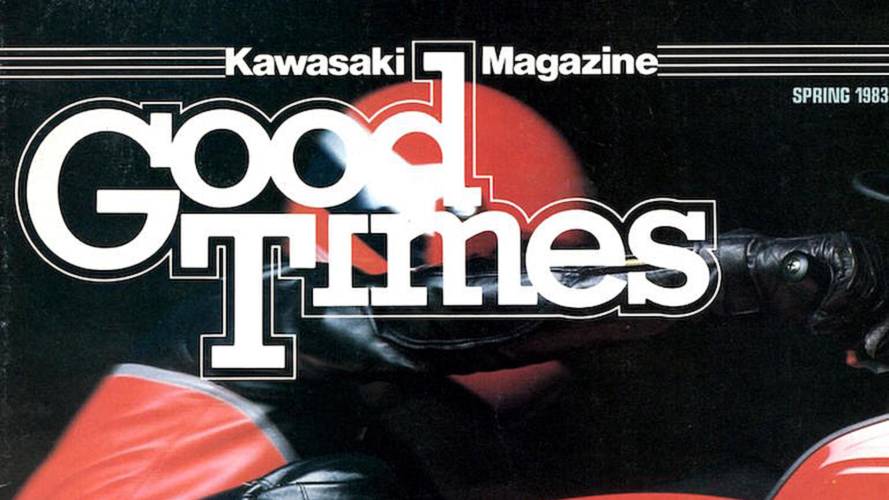 Recalling Kawasaki's Good Times MagazineKawasaki is this year celebrating 50 years since arriving in the U.S. market and as such has been sharing a...

Kawasaki is this year celebrating 50 years since arriving in the U.S. market and as such has been sharing a few stories from over the years – such as the history of its popular Good Times magazine.

When Kawasaki rolled out the first issue of Good Times in 1983, corporate magazines were usually a lot of PR fluff from the marketing department. They were free, and worth about what you paid for them.

Good Times, by comparison, looked more like a slick monthly, with snappy photography, writing and layout: a company rag actually worth reading. Direct mail marketing put together by folks who actually rode motorcycles, not an outside ad agency. The magazine ultimately reached a circulation of 2.2 million – similar to today’s ESPN The Magazine. By comparison, even the top motorcycle magazine of the period enjoyed scarcely 25 percent of this circulation.

Good Times took its name from Kawasaki’s successful advertising tagline, and delivered an upbeat, product-oriented message to Kawasaki customers, owners of competitive brands, motorcycle magazine subscribers, Kawasaki dealers, and anyone else who wanted to subscribe. Averaging about 32 pages per issue, Good Times was published twice a year in full color under the supervision of KMC marketing director Mike Vaughan, who, along with Henry Fiola of The Webb Company in Minnesota, had helped develop the concept for KMC vice president Henry Noda.

“Good Times was enormously successful.” Vaughan recalls. “Dealers told us people came in with the magazine clutched in their hands saying, ‘I want this motorcycle!’”

Ultimately though, widespread use of the internet resulted in ink on paper no longer being the best way to reach customers, and so after a decade Good Times magazine had run its race.