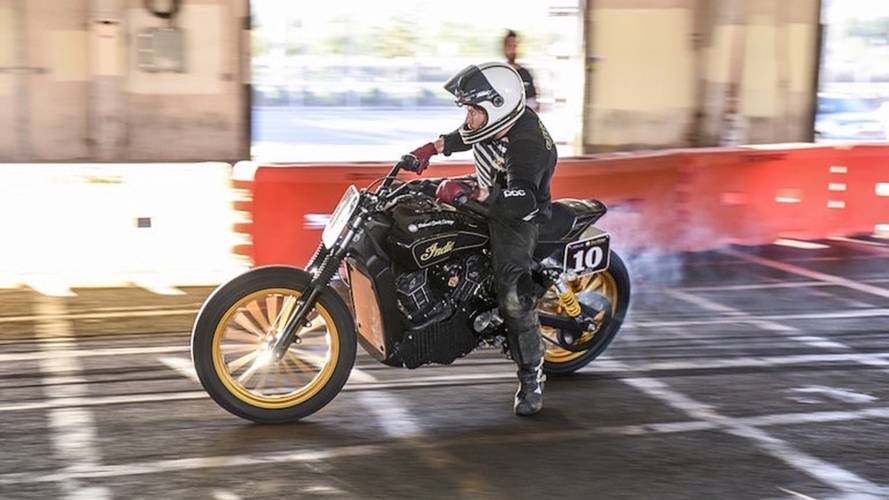 Four people were injured Sunday when popular builder Roland Sands accidentally rode a motorcycle into the crowd at a Sturgis Motorcycle Rally event.

Sands had ridden onto stage astride one of his own Superhooligan Indian Scout Sixty racers and appeared to be unable to stop. As a stage announcer pointed out the flat tracker has no front brake Sands rode off the stage and into the crowd.

Buffalo Chip spokeswoman Nyla Griffith told South Dakota’s Rapid City Journal that wet conditions may have been a factor in the incident. Rain had been falling for most of the evening.

The extent of the injuries suffered by the four people involved in the incident is unknown, though they are not believed to be life-threatening. At least two of those involved were transported to a nearby hospital. It is also presently unknown as to whether Sands was one of those injured.

Griffith told the Rapid City Journal that the incident was clearly a freak occurrence, considering Sands’ depth of experience and skill.

"He's super experienced, and well known as an experienced bike builder and racer," Griffith said of Sands. "It was just a horrible accident."