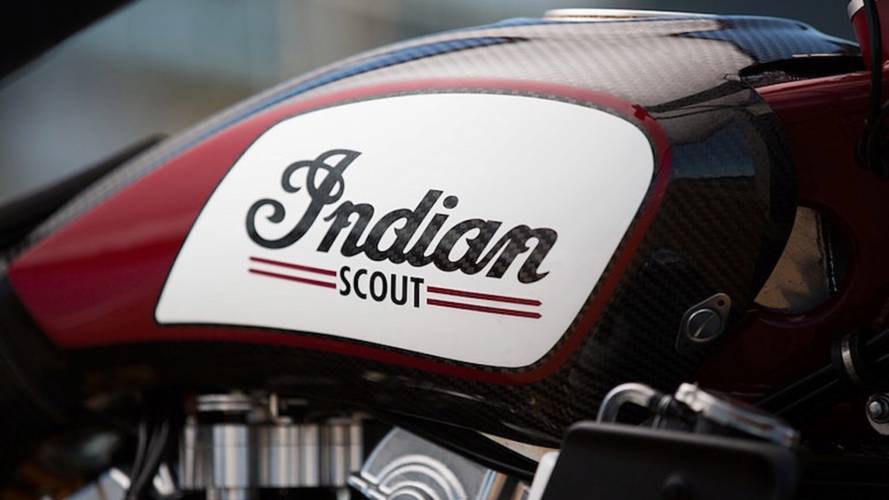 Indian Motorcycle has finally unveiled the competition flat tracker that will carry its new FTR750 engine.

The Indian Scout FTR750 represents Indian Motorcycle’s bid for a strong return to AMA Pro flat track racing. The bike was revealed this week at the “Motorcycles as Art” industry event at the famed Buffalo Chip in Sturgis.

Two surviving members of the legendary Indian Wrecking Crew, Bobby Hill and Bill Tuman, both of whom are AMA Hall of Fame members, attended the event. The race bike was revealed with the #51 of Tuman, the last rider to win a Grand National Championship on an Indian in 1953.

“A heritage of racing and winning is in the lifeblood of this brand, and everyone in attendance was clearly proud to be a part of this important moment in the historic return of Indian Motorcycle to professional flat track racing,” said President of Motorcycles Steve Menneto.

The design of the race-only bike reflects the heritage of key Indian racing models from history including the Big Base Scout; a historic bike that won in Daytona, dominated events across the country and is still raced in vintage competition today.