Stars, Bikes Come Out for 'Harley and the Davidsons' Premiere 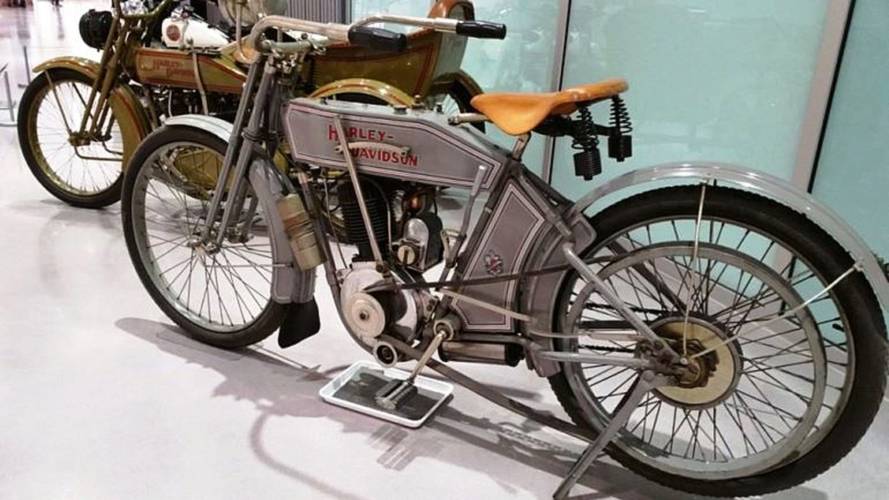 Last week I got an email from Discovery Channel inviting me to the party for "Harley and the Davidsons" at the Petersen Automotive Museum in Los Angeles. They had me at the word "catered", but they kept talking and mentioned celebrities, bikes, and an open bar...

If there is anything L.A. knows how to do it is throw parties, and this one was pretty awesome. Ed Tahaney from HDForums.com was kind enough to let us use his pictures here.

"Based on a true story," according to Discovery, "Harley and the Davidsons" charts the birth of the world's most iconic motorcycle brand, focusing on the adventures of company founders Bill Harley and brothers Walter and Arthur Davidson.

I will have more on this three-night mini series event, including a review, and an interview with Alex Wheeler – who built all of the bikes for the movie – in the next few weeks. For now, a preview of the movie and a review of the party:

The event was held at the newly renovated Petersen museum, which is about as perfect a place for it as there is because it is already packed with cool cars and bikes.

When I first arrived, I actually was having a trouble telling the prop movie bikes apart from the bikes that are part of the museum's collection.

The Thor and Brough Superior in the top picture are museum bikes. The two bikes below are replicas made for the movie (not sure if these two were runners).

We did not have prime enough spots on the red carpet to be able tell you who everyone was, and who they were wearing, but they were all there. Since we are merely moto-journalists and not celebrity/popular media reporters, we honestly didn't even try to elbow our way up to the front of the pack to find out. But the beautiful people did turn out, including some of the stars of this three-episode, six-hour, motorcycle focused mini series.

, the motorcycle racer who broke the AMA's color barrier), and just off camera is Rich Ross, the head of the Discovery Channel on the red carpet.

There was another red carpet out front, and, the Petersen being motocentric, this was where the bikes were allowed to park. I suspect most of our readers are more interested in these stars.

From the party, the clips I have seen so far, and the props and bike I got to see up close, this looks like it will be worth watching. Plenty of money was spent getting a quality cast and making things looks correct, and, of course, this material is rich with stories that can be dramatized.

Let's hope Discovery sticks more to the real story and less to the type of "reality" we usually see on TV. You can watch a preview here. "Harley and the Davidsons: part 1" is on Monday, 5 September at 9pm ET, the second and third parts follow on the next two nights.

I am waiting to get some detailed behind-the-scenes pictures of the movie bikes (most of which ran!) from the builder and Discovery Channel, so expect an interview next week with more details.

This Is How MotoGP Racing Should Be
5 Cool Things To Know About The Kawasaki GPZ900R, The Top Gun Bike
Opinion: Indian Motorcycle And Other Vendors Need A Better Sturgis Plan
The 5 Best Touring Motorcycles
Yamaha XT 500 H2O Concept Imagines Pure Water Power For 2025

This Is How MotoGP Racing Should Be
5 Cool Things To Know About The Kawasaki GPZ900R, The Top Gun Bike
Opinion: Indian Motorcycle And Other Vendors Need A Better Sturgis Plan
The 5 Best Touring Motorcycles
Yamaha XT 500 H2O Concept Imagines Pure Water Power For 2025
Commenting Guidelines