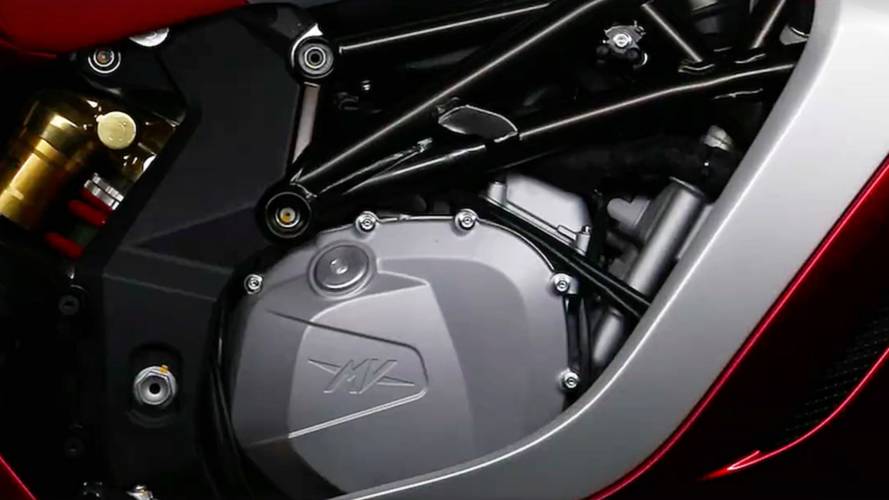 More Clues Offered About MV/Zagato Mystery MotoTo most motorcyclists the name Zagato may be unfamiliar, or remind them of the battle cry of a Samurai...

To most motorcyclists the name Zagato may be unfamiliar, or remind them of the battle cry of a Samurai warrior. But it is, in fact, the name of a nearly 100-year-old auto coachbuilder in Milan. And now, apparently, the designer of a new model from MV Agusta.

Apparently, because MV has been sending media teasers without any accompanying text, just dark photos revealing little more than shapes. As we reported late last month.

Now MV has released an equally dark video clip with brief jump cuts of the bike's details – fairing, frame, exhaust tip, seat, etc. – which reveal a bit more, but not much. The seamless fairing has an aggressive, shark-like nose, with a gaping jaw that's blacked out. The receding angle of the fairing bears some resemblance to that of Craig Vetter's Mystery Ship of the late 70s. A striking frontispiece, but not a design that bodes well in terms of aerodynamic efficiency.

Only one word appears in the video, in large block letters: BEAST. And the date of unveiling, September 4, 2016.

So, we shall see. When they show us. In about three weeks. Watch the video on Zagato's Facebook page.