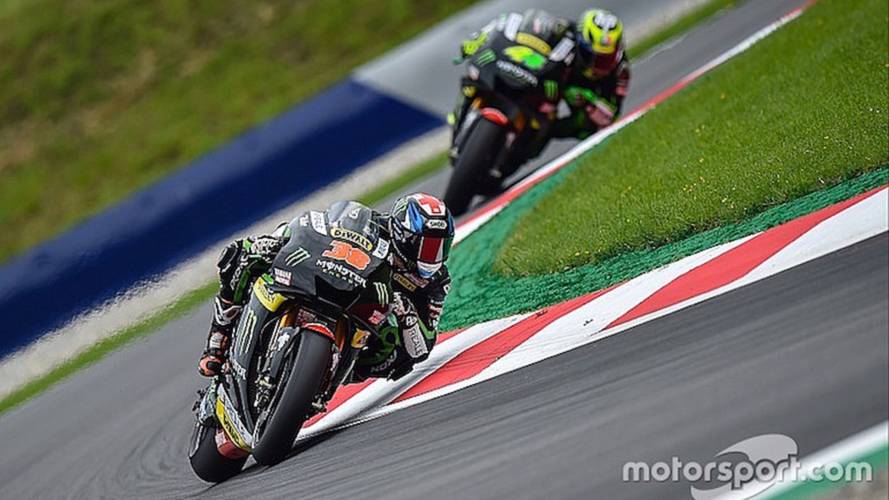 Bradley Smith says that the Tech 3 Yamaha team’s current MotoGP package “isn’t up to scratch” as he vented a frustration at a lack of progress made throughout the season.

In his fourth and final year with Tech 3 before moving on to KTM in 2017, Smith has endured a difficult time, finishing in the top 10 only four times in 10 races and trailing teammate Pol Espargaro in the points. After coming home ninth in Austria, the 25-year-old Briton couldn't hide his disappointment with the uncompetitive state his team finds itself in, saying the situation was akin to "hitting your head against a brick wall."

“What progress can you make? In terms of results it never looks like we’re getting anywhere. It’s like hitting your head against a brick wall. It’s difficult to be positive about a ninth place.”

'One of those races'

Going into more detail about his Austria race, Smith highlighted the fact that the team over-fuelled his bike – plus minor incidents with Danilo Petrucci and Stefan Bradl – cost him speed.

“There was quite a big miscalculation on fuel consumption, I had over 10 percent of fuel left at the end of the race, so the bike was really slow,” he explained. “At the beginning with the soft tire I struggled, then Petrucci locked the front tire three times and nearly cleaned us all out. That lost quite a lot of time, then Bradl came on track and rode in front of me for three laps and ignored all the blue flags, which cost me even more time.

“It’s just one of those races that not a lot went right.”