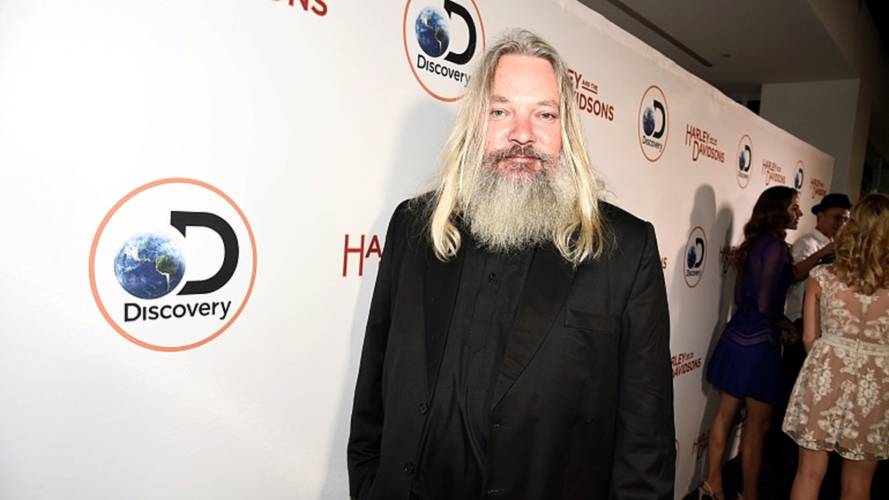 RideApart sits down for an exclusive interview with the man who built the bikes for "Harley and the Davidsons."

Interview with Alex Wheeler - 'Harley and the Davidsons' Bike Fabricator

Most people who are into bikes like to tinker, and some folks even go so far as to resurrect and restore old basket cases to 100-point show bikes, but Alex Wheeler is on a whole other level. He created, mostly from scratch, almost every bike you see in the six-hour Discovery Channel mini series "Harley and the Davidsons."

Just a small part of the fleet of bikes they built

When "Harley and the Davidsons" was green lit, the producers had a problem unique to this project: dozens of antique motorcycles.

They knew collecting rideable examples of the actual bikes ranging from turn-of-the-century homebuilt jobs, to rare 1903 Indians, and experimental boardtrack racers would be next to impossible. One of only three known Indians from the early 19-aughts sold at auction in 2012 for more than $150,000 as a non-running carcass, and the rarest boardtrack racers can fetch more than half a million.

Even if they could buy or borrow all the bikes, they would be too fragile and temperamental for anyone but an expert to ride. So, they could forget all about staging enduros or dirt track races with them, or letting the stars of the film ride them, all of which was in the script. Their solution was to hire master metal fabricator Alex Wheeler and his company Apocalypse in South Africa to create an entire fleet of replicas, to then be shipped to Romania for filming.

The 1900s motorized bicycle pictured above is not a priceless original, it is one of Mr. Wheeler's scratch-built replicas that can be used all day on set, and easily fixed or replaced, because he made extra parts and backup bikes.

Alex and his crew have a few advantages that Mr. Harley did not. The were able to use modern ignition and spark plugs, modern carburetors, better fuel, and 100+ years of textbook internal combustion engine theory. But a close look at the replica engine will reveal many period-correct details, like the intake over exhaust design, the atmospheric intake valve opening, the exposed valve springs, total loss gravity fed oiling, and more.

Alex told me that, even with all the modern technology (including piston rings, which the early motors lacked), the first motors he built took days of fiddling to get to run, at all. No one at Mikuni can recommend jetting specs for a IoE single with 5:1 compression and atmospheric valves.

In the movie you see William Harley and the Davidson boys building their engine, then crank and crank and crank, and when it finally runs, jump and scream because they are so excited. That echos what happened in the shops of Apocalypse, as Alex and his men engineered and built the replica and got the first one to run. Many a worker wore themselves out cranking it by hand before they got the tuning right.

Custom frame and rough billet mock up of replica Indian

Early gasoline engines have the cylinder head cast integral to the bore, due to concerns about sealing the combustion chambers. One can only imagine how difficult it was to machine valve seats and assemble everything through the cylinder bore with that design, not to mention the poor quality of the cast combustion chambers. The Apocalypse crew had the advantages of billet aluminum and CNC machining, so their cylinder heads come off, their ports are smooth, and every combustion chamber is perfect. They also had better quality valves and springs than could be produced in 1903, for better sealing.

Rough form of cylinders and heads, crankcase halves can be seen in the background

As I look at the pictures Alex sent over, I can see how they started with the simplest of crankcases, with an external oil feed, and everything (ignition, cam) bolted to it. Then, different cylinders and heads were created to be bolted to them to mock up different engines and bikes. The mini series stretches from 1903 all the way up to about WWII, and the replica bikes cover that entire range.

Unlike the "Indian" seen in Indiana Jones and the Crystal Skull, there is no modern suspension or brakes on the bikes Alex built, either. The earliest ones use beach-cruiser-grade coaster brakes, and no suspension, with 24-inch mountain bike fat tires. As the bikes evolved, mountain bike rims were laced to small custom-built drum brakes. The front of the bikes grew springier with girder-type front suspensions of Apocalypse's own designs.

In the first episode, the Harley boys compete in an off-road enduro, a road race before most roads were paved, wooden board tracks, and finally on dirt ovals. You can imagine the limitations that filming these races with antique bikes, or static bikes in front of a green screen would have placed on the director. If you have seen the trailer, you know the motorcycle races look real – because they are real. Stunt men are typically pretty competitive, so I can imagine these machines were ridden hard during filming.

The Excelsior-Henderson team jumps out to an early lead

The early Indians were rated at less than 3 horsepower, which is less than a modern 50cc moped, and there is no reason to think the replicas make much more. However, it wasn't long before racing had improved the breed. First with the V-twin motors, then cam-operated intake and exhaust valves, and better carburetion. Three-speed transmissions were added and allowed top speeds of more than 60 mph – on the same rudimentary frames, forks and brakes. Luckily there was not a lot of street traffic to worry about, but to survive on the track you had to be good or lucky.

Replica of an early Indian board track racer

Here you can see a mock up of a later bike, and Harley transmission adapted to it.

The fastest of the replica bikes that Alex and crew built was a V-twin with 4-valve cylinder heads, operated by pushrods and rocker arms. Things have come full circle, because that also describes the new for 2017 Harley Milwaukee-Eight big twin. According to Alex, this motor made impressive power, so much that it was scary fast with the frames, tires, and brakes they were using. You can see the motor here mocked up, and it is in many of the bikes used in the racing scenes.

Replica of the Harley eight-valve race motor, or new 2017 Milwaukee-Eight?

On this bike you can see innovations in the chassis as well, with the springer fork incorporating a friction shock

Now that nearly 80 of these new "old" bikes have been built, what is to become of them? Alex tells me many were unfortunately destroyed during filming, or destroyed themselves – sometimes just shaking to bits from the vibration and lack of suspension. Many remain in Romania, where the primary filming was done. And some were shipped back to the United States by The Discovery Channel, like the half dozen that were at the Petersen Museum for the party.

Personally, if I had access to these bikes I wouldn't be able to resist hanging lights on it and riding to Bob's Big Boy on a Friday night to impress Jay Leno and the guys. These replicas are so neat I think Discovery ought to be brainstorming ideas for other original programming featuring a hero who rides around the Edwardian countryside, solving crimes on an old motorcycle.

Episode 1 of "Harley and the Davidsons" premiers on Discovery Channel on September 5th, at 9pm EST. Episodes 2 and 3 follow on Tuesday and Thursday.