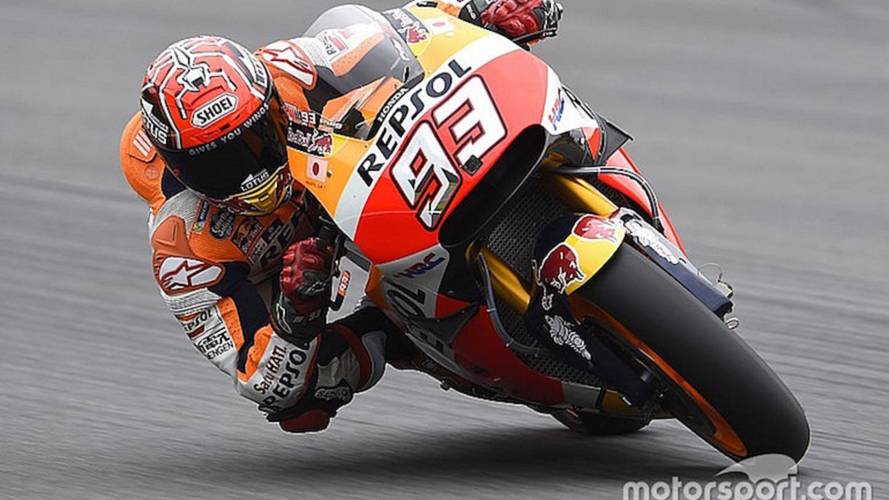 Repsol Honda Team has decided to delay early on-track testing of its 2017 MotoGP challenger in order to focus on its current bike.

Repsol Honda Team has decided to delay early on-track testing of its 2017 MotoGP challenger in order to focus on its current bike.

In the past few years, the team's riders were given the chance to try out the prototype of next year's bike in the test traditionally held the day after the Czech Republic motorcycle Grand Prix, which takes place at Brno on Sunday. However, neither Marc Marquez, nor Dani Pedrosa will run with the 2017 bike in the test.

Instead, Honda will bring a number of upgrades to the test so as to decrease the gap between the marque's bike and its rivals Yamaha and Ducati, especially in terms of straightline speed.

At the Red Bull Ring, Marquez finished only fifth, 12 seconds behind the winner - Ducati's Andrea Iannone - while Pedrosa was a further five seconds adrift in seventh. The Austrian GP weekend also saw Marquez dislocate his shoulder and take a hit to the head in an FP3 crash, albeit he managed to see out the remaining sessions.

"The shoulder didn’t bother me during the race but it was a bit sore afterward, so these couple of days before Brno have been good to rest a bit," Marquez said.