5 Things To Know About The 2017 BMW R nineT Scrambler 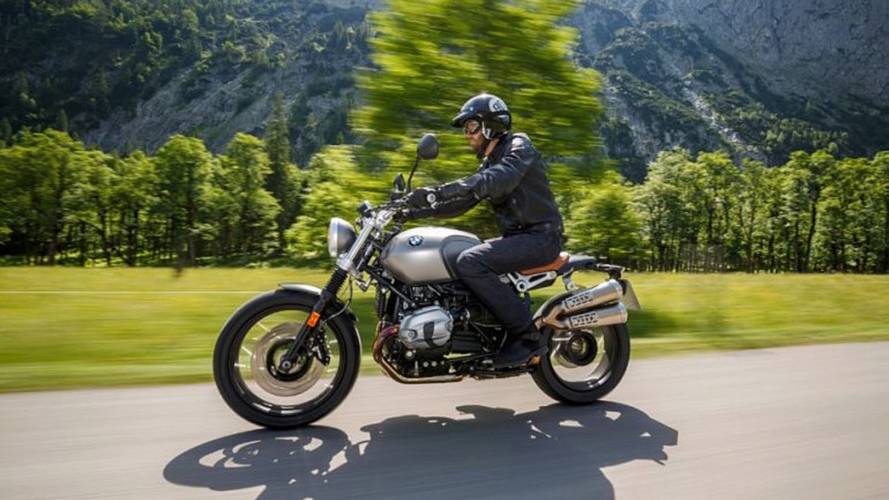 5 Things To Know About The 2017 BMW R nineT Scrambler ahead of our actual ride review of the new Beemer.

This week, the Bavarians are hosting the press launch of the BMW R nineT Scrambler. Before we share with you what it's like to ride, here are here are five things you should know about the highly anticipated retro cycle:

(1) The R nineT is more than just a model, it's now become a platform. With the roadster (originally released in 2013 to commemorate BMW Motorrad's 90th anniversary), the Scrambler, and the just announced Racer and Pure models, it's clear that BMW envisions a family of bikes around the R nineT - and they're calling it the Heritage line.

(2) Brian Carey, BMW's US Product Manager, said the Scrambler was "built for customization." The rear subframe can be removed just by undoing 8 screws, and the wiring harness is specially split to separate engine functions from other vehicle behavior. BMW traditionalists may bemoan the lack of a Telelever front end, but the Telescopic fork will be easier to modify for those who want to work with the suspension. And for riders that like the look of wide rubber, the rear end can fit a 6" wide wheel. There's plenty of OEM accessories as well: tank bag, rear bag, headlight guard, scrambler windscreen, number plates, cylinder head covers, skid plate... The list goes on.

(3) It's cheaper. The Scrambler is able to save $2,095 off the MSRP of the R nineT Roadster with the use of cast aluminum wheels, conventional forks, a single speedometer (tachometer is optional), and a steel fuel tank. That brings down the price to $13,000. While that is still more expensive than the average offering in the scrambler market, this is also by far the most powerful entry in said market. Plus, some of the extras are quite reasonably priced? Want to swap out the stock cast wheels and street rubber for spoked wheels with Metzeler Karoo 3 dual-sport tires? That's just $500.

(4) The Scrambler isn't just the base R nineT with tires and an exhaust. While the list of changes doesn't include anything mind-blowing, it is actually quite extensive.

In addition to the obvious changes with the tank and the wheels, the Scrambler differs in paint scheme as well. As Mr. Carey told us, "you can get it in any color you want, as long as it's Monolith metallic matte gray." There’s also lots of little changes: the Scrambler weighs four pounds less, has a 2 inch longer wheelbase (60.1″ vs 58.1″), gets slightly more suspension travel, and is equipped with a better alternator (720W vs 600W). Euro4 compliance kills 2 pound-feet of torque (down to 86, which is still a great number compared to the competition) and 7 miles per gallon (down to 45mpg).

(5) BMW is counting on the Scrambler to bring them new customers. Their idea is that the bike will continue to attract "riders who place a high value on design", but the lower MSRP will make the bike attainable for a larger group of riders. I'll award bonus points if it means customizers will leave some /5, /6, and /7s alone in the process!

BMW is saying all the right things, but stay tuned to see if the bike rides well enough to merit further interest...