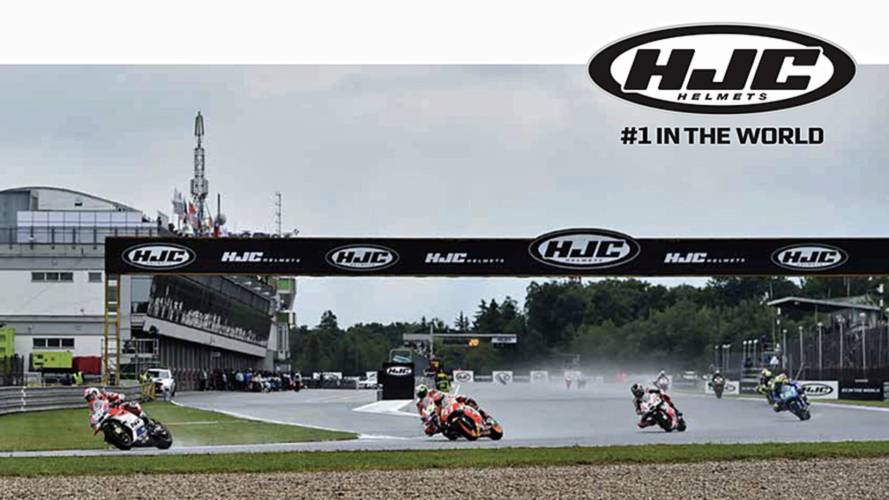 The title sponsor of the 2017 Grand Prix de France will be HJC Helmets. Dorna Sports reports that the May event at the 4.2km Bugatti Circuit will be named the HJC Helmets Grand Prix de France. The Title Sponsor agreement sees HJC further their commitment to Dorna Sports and MotoGP as the worldwide leader in helmet manufacturing celebrates its 45th anniversary. This year HJC supported the Czech MotoGP, becoming the first helmet company to become a title sponsor in the series Founded in 1971, the newest chapter of HJC’s long history in racing will see HJC athletes line up in all three classes of the FIM MotoGP World Championship next season.

“As we celebrate 45 years in motorcycle industry, HJC Helmets is pleased to continue our partnership with Dorna,” said W.K. Hong, Founder and CEO, HJC Helmets. “Just like any avid fan of motorcycle racing around the world, we simply love racing at the highest level which is MotoGP. Besides the iconic characteristics of the circuit, HJC chose to sponsor Le Mans because France is one of the most important markets for HJC and is also home to the Headquarters of HJC Europe.”

“We are thrilled to have HJC Helmets return as the title sponsor of a MotoGP race weekend,” said Pau Serracanta, Managing Director, Commercial Area, Dorna Sports. “After the incredible success of the HJC Helmets Grand Prix Ceske Republiky in 2016, to be able to continue the partnership between HJC and MotoGP at another historic venue such as Le Mans is fantastic news for all parties involved.”