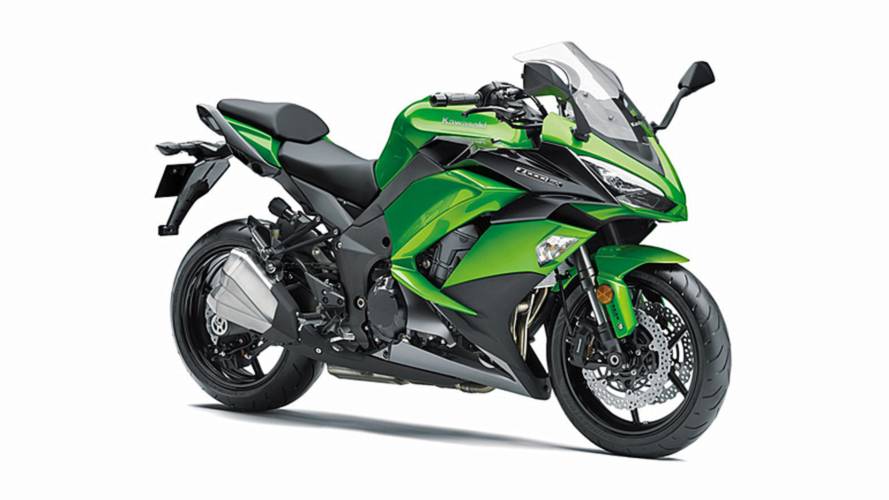 Is this the 2017 Kawasaki Z1000 SX Looming on the horizon? Is this motorcycle coming to the US? Most likel.

Although the official announcement for the new 2017 Kawasaki models is still a few weeks away, we feel obliged to at least give you a peek at what’s coming because they’ve already been released to the European market at INTERMOT 2016. So, here’s a picture and synopsis of the bikes we expect to see from Kawasaki USA.

The Z1000 SX is focusing on the Sport Touring market with a combination of powerful engine, comfortable ergonomics combined with a host of the latest electronic rider assist functions are sure to make this bike a value in the popular touring segment.

This is the 2017 Kawasaki Z1000 SX as it was announced for the European market during INTERMOT 2016. We will get the official news on the US model in Nov.

Starting with a 1043cc Inline Four Cylinder engine equipped with a slipper clutch and connected to an array of systems meant to keep the power to the ground and the wheels on the road (duh). New bodywork is more aggressive than the last version but otherwise it retains the look of the Z1000 while taking cues from the supercharged H2’s angular front cowling. That fairing is now larger for improved wind protection and houses bright LED headlights.

A larger, adjustable double-bubble windscreen will let the rider to decide how much, or how little wind protection they want. The wider seat should help make the bike more comfortable on longer rides while the big five-Gallon (19 Litre) fuel tank should help keep you in the seat longer too.

In Europe the Z1000SX launch included this video that although it doesn’t say much about the bike, it does show you what crowd this machine is supposed to appeal to. If nothing else it showcases some excellent cinematography and riding locations that will make any touring freak a bit jealous.

The second video is not quite as exciting. Instead it focuses on pointing out the highlights of the new bike which you just suffered reading through.