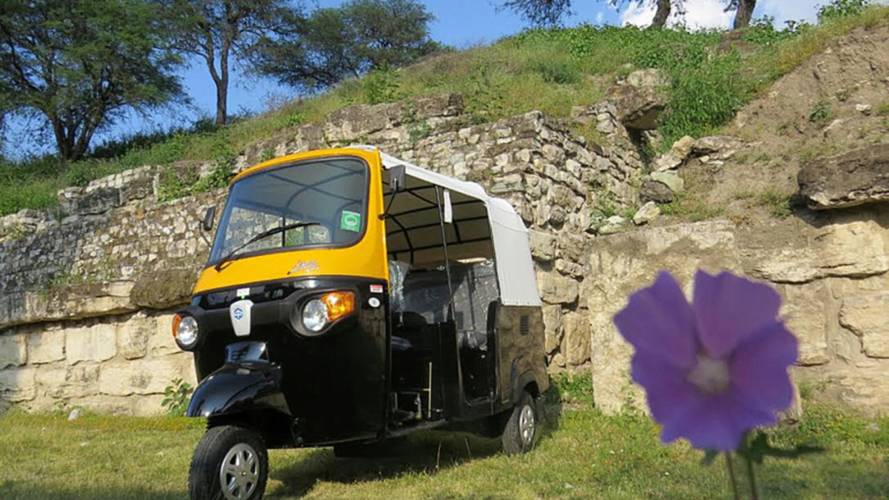 The three wheeled Piaggio Ape has made a name for itself in South America and with more models being releasedall the time, it may one day be in the US.

Piaggio means to expand and strengthen its operations in South America, and the first step is the introduction of the new Ape three-wheeler models currently being sold in countries like, Mexico.

“The Ape is already available in some South American countries,” said Piaggi CEO Roberto Colaninno, “but, in part thanks to its commercial vehicles, in the past few years the Group's growth plans in the region have been developed from a long-term perspective, rather than in connection with individual business opportunities. Today we have the support of reliable leading local partners, who are well-established in the market and have an extensive distribution and service network.”

In Mexico, the Ape is currently offered in the City and Romanza passenger models. Piaggio plans to begin marketing in Peru, Colombia, Guatemala and Honduras, where previous generations of the Ape are already available. The new versions will include models for the transport of commercial products, or that can be adapted for used as mobile shops.

In Mexico the Ape is curently used for taxi services to link suburbs with city centers, filling needs not covered by local public transport services. It has also fueled the development of a small business network of mobile shops (mainly selling street food, a trend that is also growing fast in Europe), or small haulers using the Ape Cargo. In the Central & South American countries where Piaggio is represented, the commercial three-wheeler market accounts for approximately 35,000 units a year, with volume growth of 52% in the last 6 years.

Since it’s already available to our neighbors in the South you have to imagine that it’s heading our way. So, can you see a place for these conveyances in our world? Would you feel safe if an Uber driver showed up in one of these? We collected a few unique Ape designs from around the web, to show you the potential these little rigs have.

As if getting arrested in Mexico wouldn't suck bad enough, imagine being hauled to the clink in the back of one of these while your friends are snapping pics & posting it on Instagram for the world to see?

Could you imagine a world where mobile bars could supply tailgate parties with booze & beer, or a coffe shop on wheels with fine brewed lattes served by a beautiful Spanish barista with long dark hair, brown eyes and a...you get the point.

How about following the country faire circuit sleeping in an Ape RV with room for a person and some stuff?

Or better yet a Ape Drifting series with 1000cc Apes sliding sideways and flat-out getting some? Ka-Chow! Now watch the video below and try not to smile and Feliz Navidad!