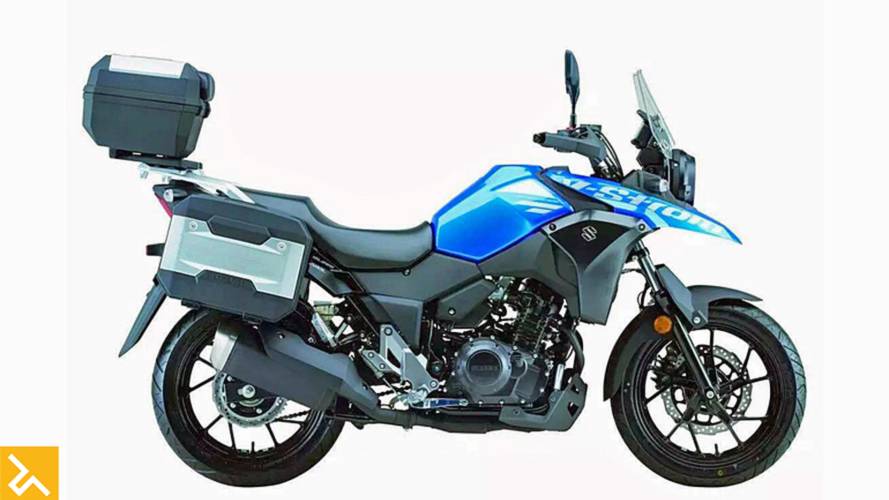 Suzuki has released a V-Strom 250 and GSX250R for the Asian market at the CIMA SHow and rumor has it, they will both be released in Europe too.

Suzuki unveiled a pair of 250cc motorcycles at the 14th Annual Chinese International Motorcycle Trade Exhibition (CIMA) this past weekend. These interesting little motorcycles were the V-Strom 250 and GSX250R, both of which are set to be released in the Asian motorcycle markets exclusively. However, multiple news sites in Europe have quoted sources from Suzuki which have confirmed both of these bikes are also set to be released as European models during the upcoming EICMA Show on Nov 7-9, 2016.

Unfortunately, neither will make its way to the US market but they are still cool to look at.

Both the quarter-liter beginner bikes appear to be designed on the same chassis because the majority of the key specs are the same: They’re powered by a 248cc parallel Twin with a claimed 25-horsepower, share a 56.3-inch (1430mm) wheelbase and a low 31-inch (790mm) seat height. The 17-inch cast aluminum wheels have the same multi-spoke design with single disc brakes, a steel swingarm with a single rear shock and a traditional fork. Both bikes will come with a 110/80-17 front and 140/70-17 rear tire.

The major differences between the pair is the appearance of each bike’s individual bodywork, exhaust design, likely the subframe and the seat configurations. The GSX250R has both a rider seat and passenger seat while the V-Strom 250 has a large combined seat with a pannier perch behind it. Unfortunately, there's only one good studio shot of the V-Strom available, but there are plenty of angles for the GSX250R provided below.

The Suzuki GSX250R will be available in this MotoGP Team Blue or a Red/Black combination.

We do not know the price range of either of these models so it will be interesting to find our what it will be sold for if it actually does make its way to Europe.

With a short seat height and low weight, the Suzuki GSX250R should appeal to new riders who may be fans of the GSX-R series. It's clear Suzuki was intent on making the 250 ooze GSX-R styling across the board.