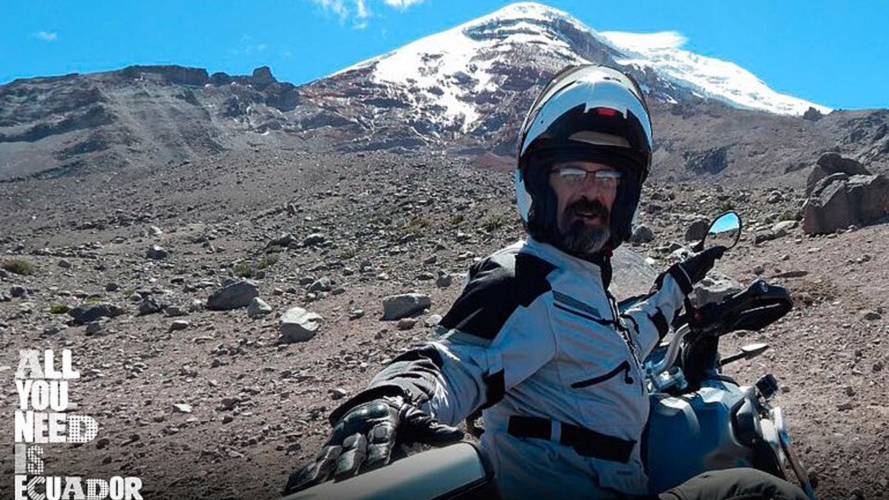 Carl Reese sets another world record - this time in Ecuador.

Carl Reese, the motorcyclist who seems obsessed with setting distance/endurance world records, has done it again.

Reese, of Santa Clarita, California and Sebastian Montero of Quito, Ecuador, set a new world record for riding motorcycles from the Earth's closest point to the sun, to the sea in a single day. Along the way they experienced a gain/loss in elevation of 56,678 feet, which is impressive. The run was staged to bring awareness to rebuilding needs after the earthquake in Ecuador and relief efforts for injured American veterans.

The team took on Ecuador’s highest mountain, Chimborazo; not the highest mountain above sea level, but its location along the equatorial bulge makes its summit the closest point on Earth's surface to the sun.

The team faced a challenge 85 miles from the finish line when Reese’s motorcycle would not restart after a fuel stop. After spending hours attempting to get the motorcycle to restart, the two bought a strap from a passerby and employed a “Dakar-style” towing mechanism, from the right foot peg of Montero’s motorcycle to Reese’s left foot peg.

Despite the effort, delay, and great distance to the finish line, the men completed their journey in 17 hours.

“Failure was not an option,” said Reese. “I would have pushed the motorcycle the last 85 miles if I needed to.”

Reese will be familiar to RideApart readers, who may remember that he previously rode across the United States in less than 40 hours, and that his fiancee, Deena, rode more than 11,000 miles on her very first motorcycle ride.