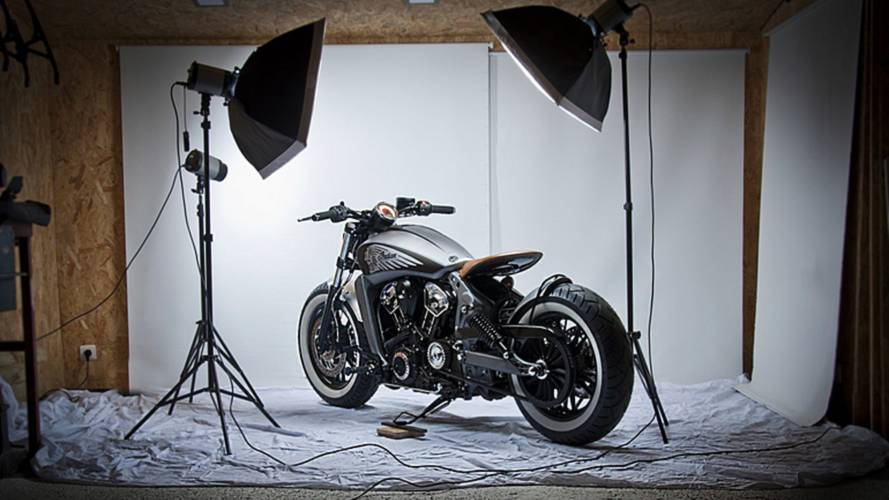 Test ride the the Indian Scout or Scout Sixty between now and March 31, 2017, and you could win a customized Super Scout Sixty Tank Machine. The build was created by a team at the Tank Machine dealership in France for Indian’s Project Scout competition last year, but is now up for grabs simply by taking a test ride.

After the ride, entrants will receive a business card with a code to enter on the website www.win-scout-sixty.com. The drawing will be held in April 2017. Test riders will experience first-hand the class-leading handling and performance of the Scout and Scout Sixty cruisers.

Indian seeks to illustrate the customizing potential of the Scout with ready-to-fit parts from the official accessories catalogue. The Indian Super Scout Sixty Tank Machine featured here uses three factory accessories; the 1920 Solo Saddle, bronze clutch and brake lever kit and a bronze speedo ring. The Super Scout Sixty Tank Machine will be on display at the Intermot show in Cologne, Germany, EICMA in Italy and at Motorcycle Live in the UK.

THE CAVEAT: Residents of Italy, Portugal and Sweden are not eligible for the drawing.