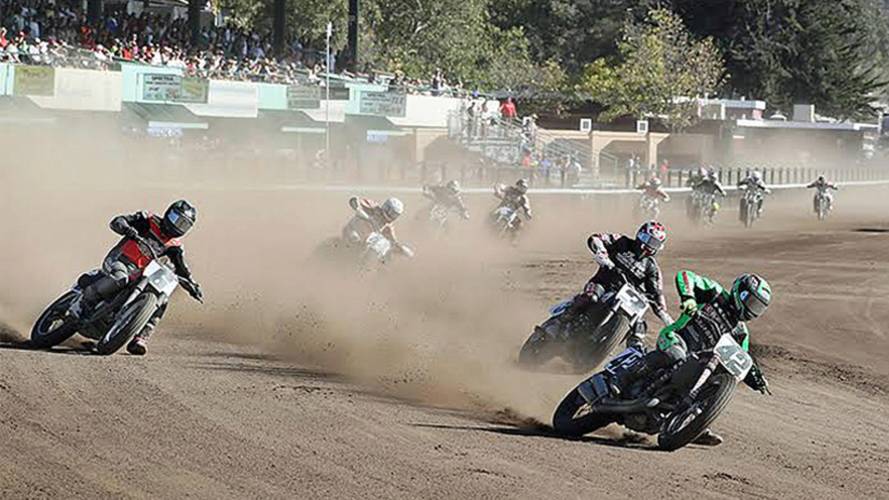 AMA Rebrands Flat Track series for 2017. We will no call the series AMerican Flat Track.

The series formerly known as AMA Pro Flat Track will henceforth carry the tag American Flat Track. There will be changes to the naming convention of the classes that are intended to simplify the structure in an effort to make it more enjoyable for the spectators. “While holding true to the legacy of a sport rich in history, the modifications are designed to provide a more understandable and exciting format for the modern fans and make the series more accessible to new fans.”

"We are extremely excited about the rebranding of the series," said Michael Lock, CEO of AMA Pro Racing. "The rejuvenation of the sport will bring a new level of excitement to racers and fans. Everyone will be able to easily understand what's happening on the track and will be able to enjoy all of the action from the moment they arrive.”

The restructured class system consists of the AFT Twins class, the premier class where the best Flat Track riders in the world battle for top honors on fire-breathing Twins, and the AFT Singles class, which will host dirt track racing's stars of tomorrow. The AFT Twins class features 650 - 999cc Twin which contain the latest in motorsport technology and will be piloted by the fastest athletes on the dirt. In the AFT Singles class, the up-and-coming riders will command the tracks on 450cc Single-cylinder motorcycles as they compete for their chance to make it to the prestigious AFT Twins ranks.

The traditional format will move to a tournament style program where the fastest 48 riders from timed qualifying advance to the heats. After four six-lap Heats, nine of the 12 riders transferr to one of the two Semis. What was traditionally a last chance effort to make the Main, the new Semi format is a knockout round where 18 riders duke it out for the nine spots that transfer them to the 18-rider Main. Adding to the excitement in 2017, the American Flat Track series will also be the battleground for one of the oldest rivalries in motorcycle racing - Harley-Davidson and Indian Motorcycle.

Another format change for 2017 brings a TT Scrambles to the traditional Speedweek in Daytona Beach. American Flat Track will debut the season on a one-of-a-kind 0.6-mile TT course. The DAYTONA TT, scheduled on the evening of Thursday, March 16, will feature powerful, Twin-cylinder motorcycles in the AFT Twins class, while spirited Single-cylinder machines will battle it out in AFT Singles. The racing schedule also includes the DAYTONA Supercross By Honda, Ricky Carmichael Amateur Supercross, and the famed DAYTONA 200.