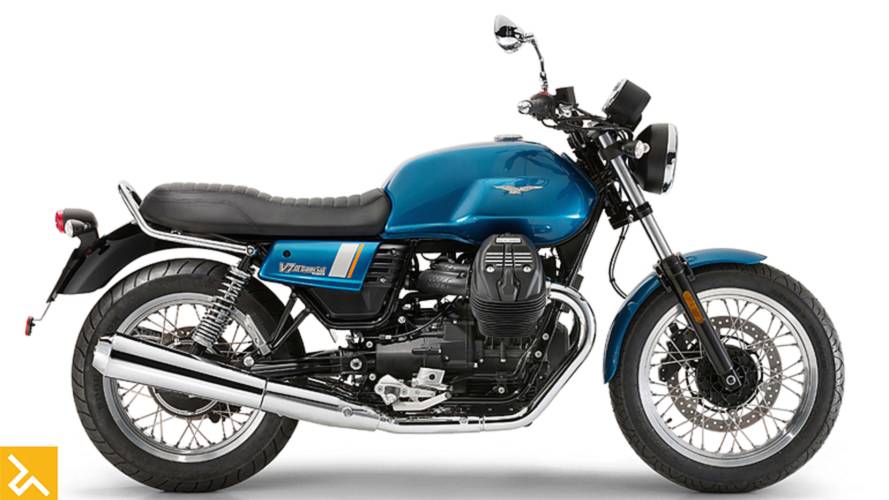 To celebrate its 50th anniversary, Moto Guzzi has produced the V7 III, bringing modern functionality to the traditional form.

To celebrate its 50th anniversary, Moto Guzzi has produced the V7 III, bringing modern functionality to the traditional form. First sold in 1967, the V7 set the benchmark for the brand’s sporting character. The V7 III represents Act Three for the venerable roadster, maintaining its original spirit while offering contemporary reliability and ease of operation.

“The challenge of introducing a new version of such a famous motorcycle with such rich heritage and so much success is difficult, considering the fact that the V7, the brand's best-seller since 2009, constitutes the Moto Guzzi entry-level bike, dedicated to both women and men, in addition to young people who want to own one of the most iconic Mandello del Lario production motorcycles. The V7 III is the result of Moto Guzzi's modern passion and courage, able and skilled in renewing its best-seller, leaving character and authenticity unaltered, two values that are destined to weather the test of time.”

The V7 III is offered in three versions, Stone, Special and Racer that now differ more from one another. The Stone stands out for its total black graphics; the Special, more in line with the design of the forerunner, with chrome highlights, and the Racer, characteristic of the original V7 Sport. And the V7 range has now been expanded with a fourth version, the Anniversario, a numbered edition limited to just 750 units, characterized by brand new and exclusive details.

The V7 III keeps the style and personality of the original model intact, characterized by a design that expresses the form through shapes inspired by Moto Guzzi heritage. The metal fuel tank is nearly unchanged, with its capacity and style, like the one on the 1971 V7 Sport. The aluminum fuel cap is no longer flush with the tank line, but it is a locking screw cap. Other new style elements involve the new design injector covers, the sleeker side fairings and the new saddle.

The Special, Racer and Anniversario versions have a second circular display that contains the tachometer. The speedometer gauge is analog, whereas all the other information is included on the digital display: odometer, partial and daily trip mileage, as well as a gear indicator, for which the minimum and maximum rpm value can be adjusted by the user. The steel frame maintains the dismountable double cradle layout of its predecessor and the same weight distribution (46% front; 54% rear), but the front part has been completely revamped and reinforced, with new steering geometry that provides better handling and stability. The new Kayaba shocks are more inclined, offering more progressive and controlled response in any situation, even when riding two-up. The passenger pegs are lower and farther forward, and seat height is slightly lower.

The crankcase of the transverse V-twin has been stiffened at key points, has a new oil sump and a redesigned crankshaft to provide better acceleration and engine braking. The lubrication system in the crankcase has been reconfigured to improve heat dissipation way and reduce fuel consumption. A new vent system reduces crankcase pressure and smaller oil pump absorbs less power. The aluminum heads, pistons and cylinders are completely new, although the bore and stroke (80 x 74mm) is unchanged. The fuel system is entrusted to a single-body Marelli electronic injection system managed by an electronic control unit. The exhaust system is also new, fitted with double pipe manifolds that improve thermal insulation.

Maximum power has increased to 52hp at 6200 rpm, with maximum torque at 60 Nm at 4900 rpm, with a truly flat torque curve that promise ease of use combined, as always, with that typical character and quick response of a Moto Guzzi engine. Another innovative aspect of the Moto Guzzi engine is the 170mm dry single disc clutch that increases sturdiness and reliability over time, also decreasing the load on the lever at the handlebar. The 6-speed gearbox introduced on the V7 II, precise and smooth, is unchanged but now benefits from a different first and sixth gear ratio, for full advantage of the engine's torque and power characteristics.

In 2012, Moto Guzzi was the first to introduce the ABS/traction control duo on a custom motorcycle, the California 1400, safety systems that were then implemented on all the models in the range. V7 III has an ABS system and a new adjustable MGCT (Moto Guzzi Traction Control) system that can also be disabled. The former is a two-channel Continental system that prevents the wheels from locking up during intense braking, whereas the latter is a system that prevents rear wheel spin in acceleration.

This is Moto Guzzi's tribute to the fiftieth anniversary of the V7 and will be produced in a numbered edition limited to 750 units.,V7 III Anniversario is built on the V7 III Special base, distinguished by the dedicated graphics, chrome fuel tank with the Moto Guzzi eagle, and new leather saddle. The locking fuel cap in made from billet aluminum, as are the steering yoke risers that bear the laser incised model serial number. The Moto Guzzi multimedia platform is available as an option for the new V7 III range.

MG-MP is the innovative multimedia system that connects the bike to your smartphone. Thanks to a dedicated application, downloadable free from App Store and Google Play, your smartphone (iPhone or Android) becomes an actual sophisticated on board multifunctional computer and the link between the vehicle and the Internet. The Bluetooth connection allows you to simultaneously view five parameters at a time, including the speedometer, rev counter, instant power, instant torque, instant and average fuel consumption, average speed and battery voltage, longitudinal acceleration and extended trip computer. The “Eco Ride” feature helps to limit fuel consumption and to maintain eco-compatible riding conduct, providing a brief assessment of the results obtained during the trip.