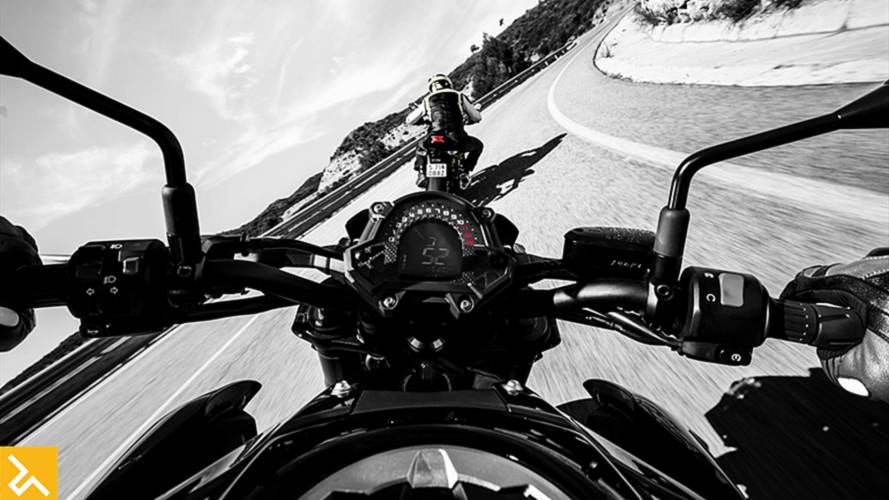 Its time to peel back the curtain and take a peek at the Supernaked Kawasaki Z900. This is one sexy machine baby, yeah!

Take a Peek at the Supernaked Kawasaki Z900

“The sun is rising in the distance. The light jumps to life against a motorcycle’s slender, exposed frame. Parked on the street its potent engine shines through the minimal, thin bodywork. Its style reflects its purpose. The 948cc engine, exposed trellis frame and linked suspension are all visible. It has nothing to hide. The curvy roads are all in the distance, beyond the city.”

The evocative prose of Kawasaki’s copywriter which you just read in the preceding paragraph, sets the stage for the new Z900 Supernaked super-sporting super bike, superbly.

“Aggressive, condensed and elegant, this motorcycle quickens the heart rate. A longing flows through you and moves you with its Sugomi-inspired design. You can feel the machine alive. Fall in love at first sight, introducing the all-new 2017 Kawasaki Z900 motorcycle.” (The word Sugomi is defined as the intense aura and energy of an object that is felt in those viewing it).

The Z900 is undoubtedly an arresting motorcycle, and one that might, in the absence of due caution and prudence, get you arrested. The radiator is nicely tucked in above the snaky, asymmetrical header pipes. It does, as the saying goes, look fast sitting still.

“This is a lightweight, nimble supernaked meant to redesign the large-displacement naked bike market. The crisp response of the Z900’s in-line-four cylinder engine is perfectly balanced by its light, agile handling. Exhilarating without being overly intimidating, the combination is simply sublime.” Oh my.

Kawasaki put some audio engineers to work in developing the intake noise. The airbox carries varying length intake runners, the two outside cylinders longer than the inside two. The tuning improves both low and top end power, and provides an “exhilarating intake noise during large amounts of throttle input. Twist the throttle and all of the rider’s senses are activated.” Honkin’, man!

The six-speed gearbox, with tight ratios between the first five, should mean vigorous acceleration and gives top gear overdrive status for the highway. The track-developed clutch assist and slipper cams, which improve action and feel at lower rpm, also provide lighter pull at the lever. Under hard braking the slipper cam relieves pressure on the plates and persuades the rear tire to stay planted.

The Z900 features dual 300mm front petal disc brakes and a 250mm rear petal disc. Dual opposed 4-piston calipers with resin brake pads offer a linear braking touch, facilitating control for the rider. Available with and without ABS. MSRP for the non-ABS 2017 Kawasaki Z900 is $8,399 and $8,799 with ABS.