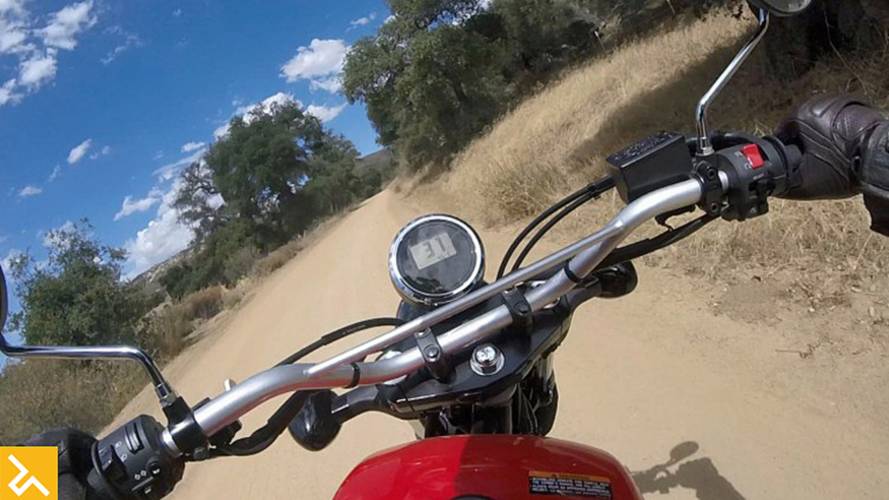 Sit back, grab a beer and enjoy the musing of Papa Wealey and his Twilight Ramble column. In this edition he talks about the new Scrambler craze.

The recent scrambler comparison test at CycleNews.com revealed the range of factory perspectives on the trend in DS models. (Not Dual Sport bikes, mind you, but Dirty Street machines, modified to look like, and perform a bit like, scramblers. Road bikes, in other words, that can handle a dirt road with some degree of confidence.)

The CN staff lined up four of the latest contenders; the Yamaha SCR950, BMW R nineT Scrambler, Moto Guzzi Stornello V7 II and the Ducati Scrambler. Now, most anyone with even a passing familiarity with the published data on these models will know in advance, once the testers moved from pavement to dirt, which one would prevail in the off-road column. Nonetheless, it’s instructive to have a look at their relative merits, and how they figured in the results. (Sadly, Triumph was unable to provide its latest entry, the most accurately-named Street Scrambler, for the comparison.)

Like most such shootouts, this one leads with the “what is a scrambler?” definition, which cites the original British/European sport of scrambles, the antecedent of motocross. In the 40s and 50s stripped road bikes served the purpose, and could still be returned to highway use. By the 60s, competitive scramblers were purpose-built lightweights with no pavement pretense at all, and by the 70s motocross had all but eclipsed scrambles with even more sophisticated competition-only machines.

Now the return to yesteryear comes full circle to the profile of road bikes with off-road aspirations. Not just examples of eye candy or ersatz bravado, but some measure of capability when traction gets minimal and the hazards are magnified. So how did these four stack up in the street scrambler sweepstakes? Pretty much as I expected. The Yamaha Bolt-based SCR950 came last, by virtue of its weight, limited suspension and ground clearance. And knee-banging air cleaner. On the plus side, it has a skid plate, low center of gravity, and the lowest price of the four. And it looks old-school cool.

The Guzzi was third, with high points for ergonomics, throttle response and Italian style. The editors agreed on its suspension compliance, comfort and modest power. All admitted they wouldn’t mind having one in the garage. Second place went to the BMW R nineT, which has different steering geometry and larger wheels than its roadster sibling. The testers all liked the looks, sound and power of the Beemer, and the traction control, ABS and heated grips. Weight (485 lbs) was an issue in the dirt, and price, $13,500.

The Ducati Scrambler Icon won the day, owing to its dirt agility and highway competence. At 410 pounds, the 803cc V-Twin was designed as a street scrambler in the first place, not as a modified road bike. The off-road fun factor, and a price $4500 below the BMW, figured in the equation. However, all the testers complained about the uncomfortable seat. (Some things never change.)

The point in need of making here is this: there are any number of motorcycles easily transmogrified to street scrambler status, with moderate investment and plenty of parts choices. My first production model was a Honda SL 350 in 1971, a hoot to ride on the road and easy trails and fireroads. My friend Hank had a Triumph Trophy Trail, the 500 Twin in a BSA B50 chassis. An American team rode them in the 1972 International Six Days Trial in Czechoslovakia. Heavy, compared to the two-strokes, but stout and capable.

Just the other day I found myself (by navigation error rather than intent) on a dirt road aboard my 2005 April Tuono with street tires. The surface was nicely graded, and a recent rain had created nearly perfect traction. For some 20 miles, mostly at 20 to 30 mph, it was one of the finest rides in memory; a brisk fall day in the coastal mountains, sunlight flickering through the trees, even had the babbling creek just below road level. I will admit that a few times I did wish I were on the Suzuki DR 650, just to spin up a little tomfoolery now and again. But it was a delightful ride nonetheless.

By far the most important factor in the street scrambler equation is riding position. Comfort and control go hand in hand, and the basic flat track position is best; slight forward lean at the waist, heels on a plumb line with hips, forearms parallel to the ground. Handlebars that are too low or far forward, or too narrow, will reduce control; too far to the rear likewise. A straight upright position puts too much pressure on the spine; gotta be able to stand on the pegs easily and transfer weight forward or back as conditions require. My Tuono has 2-inch bar risers and a re-padded seat from a Suzuki GSXR. Piece of cake.

Point is, any bike will do if you stay within its limits. To paraphrase Stephen Stills, “If you can’t ride the one you love, love the one you ride.”