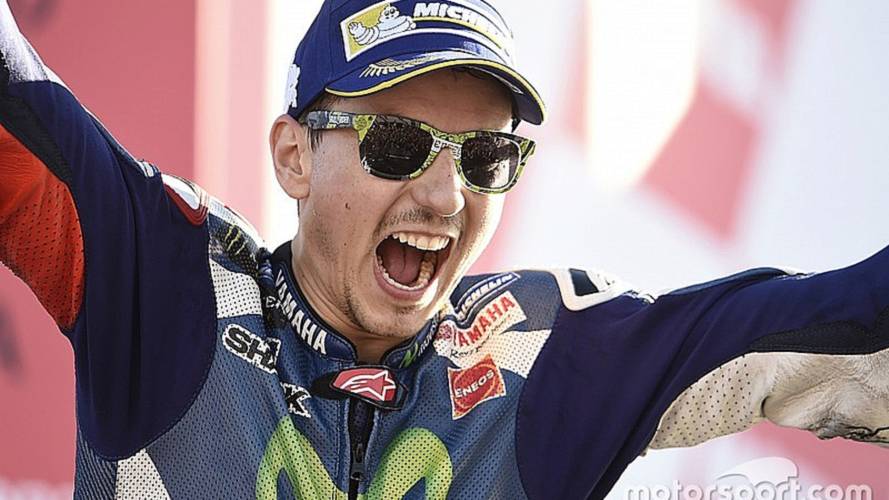 Check out some of the awesome photos from the 2016 Valencia MotoGP race.

Movistar Yamaha's Jorge Lorenzo closed out the 2016 and his career with Yamaha by winning the season finale at his home track in Valencia, Spain. The former MotoGP champion had a great weekend, taking pole position then leading the majority of the race, before finishing a seocnd ahead of reigning world champion, Marc Marquez. The battle for third came down to Ducati's Andrea Iannone and the legendary Valentino Rossi. The Ducati pilot managed to hold off his Italian rival for the final podium spot. Also, the Red Bull KTM MotoGP Team made its debut with Mika Kallio riding the orange bike for the first time in competition. Unfortunately, the first race didn't end well for the new team.

In the post race interviews with Lorenzo, he was gracious towards Yamaha as he prepares to join the Ducati MotoGP Team for the 2017 season. “I couldn’t have a better end to my career at Yamaha,” said Lorenzo of his nine seasons with Yamaha. “I’m lucky to be able to give this last present to the factory, who supported me so much these years."

For complete coverage of the 2016 MotoGP Season Finale check it out on Motorsport.com.

Jorge Lorenzo celebrates winning the last race of his nearly decade-long career with Yamaha. The Spainish ace claimed three MotoGP championships (2010, 2012, 2015) during his tenure with the Japanese manufacturer. He will join the Ducati GP Team starting in 2017.

Mika Kallio (36) rode the new Red Bull KTM MotoGP bike at Valencia. Unfortunately, a bad rear wheelspeed sensor caused him to pull out with a DNF, but it is now official: KTM is ready to race!