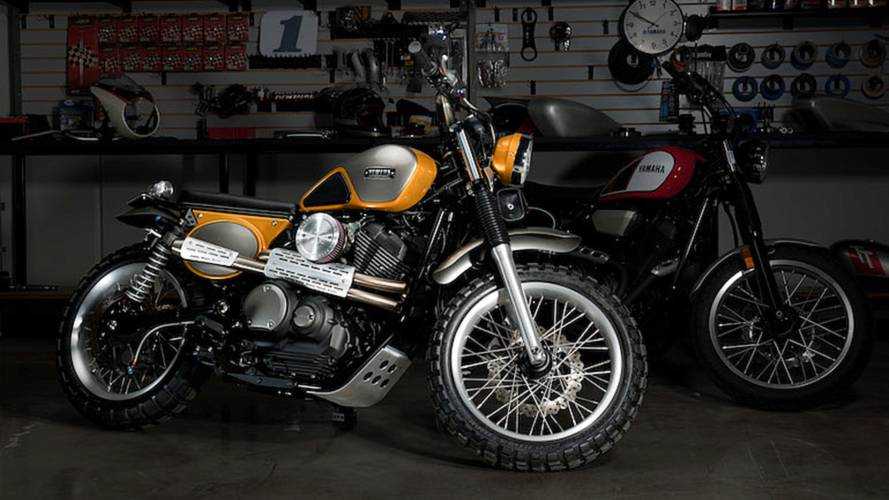 The custom was developed by Jeff Palhegyi, a builder who has an abiding fondness for Yamaha racing bikes, and has built 70-some customs over the past 20 years.

“After seeing the SCR950 for the first time, I knew that it would be a really cool bike to customize,” he said. “But there have been a lot of scrambler builds lately, and we wanted to do something really different. It was during the press introduction ride that I saw the Big Bear Scrambler displayed next to the SCR950, and it ultimately became the inspiration for the build.”

Yamaha’s “Faster Sons” program for their Sport Heritage models evolved to include the “Yard Built Project," an initiative to support custom bike-building globally. Yamaha says that many of the program's builders will not only inspire Yamaha owners with their ideas, but will also make custom parts and accessories available to help owners turn their dreams into reality.

This initiative has helped builders from both U.S. coasts to deliver a number interpretations of Yamaha’s Sport Heritage models. These custom builds have included the scrambler styled Bolt from Florida based builder Greg Hageman of Hageman Cycles, Californian Roland Sands’ multiple Yard Built creations, like the XSR900 “Faster Sons,” and the SCR950 “Checkered Scrambler” from California-based builder Go Takamine of Brat Style.

“The SCR950 is a motorcycle that provides its owner with multi-function capability,” explained Yamaha Motorcycle Research and Development Product Planning Manager, Derek Brooks. “It’s a bike that makes it easy to commute to work or school, but at the same time, it’s a lot of fun to ride on the weekends. You can head to the outskirts of town where the pavement ends, and have a blast sliding around on gravel or dirt roads.”

It is Palhegyi’s diverse conceptual skill set that drives his current projects, based on 29 years of R&D experience with Yamaha. He owns and regularly shows several rare Yamaha vintage motorcycles, including TZ750s and XS dirt track racers. With this passion and heritage in mind, the latest Yard Built project from Jeff Palhegyi Designs drew inspiration from a 1966 YDS3C Big Bear Scrambler.