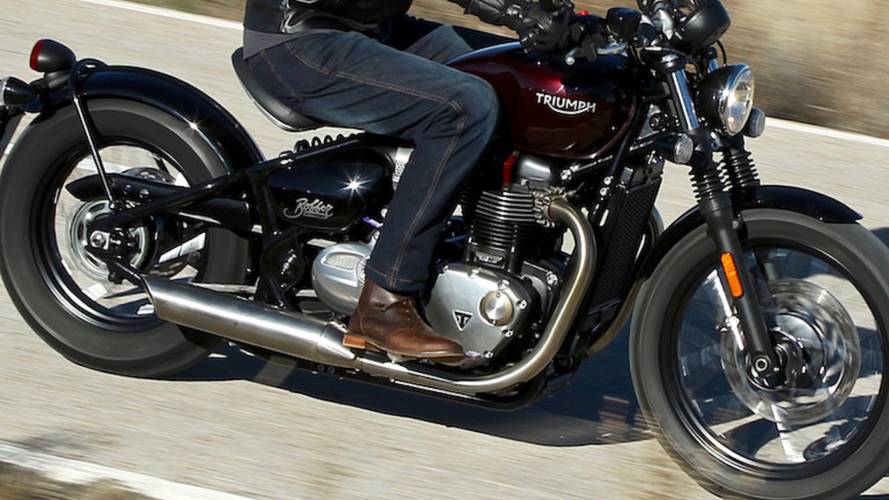 A review of the fashionable Kevlar-lined MotoBailey ElBulli motorcycle boots.

Blake Bailey, the eponymous founder of MotoBailey Shoe Company, was born and raised in Houston – a part of the world very near and dear to my heart. I was born in Austin, but spent a lot of time growing up in and around the Bayou City, and tend to think of myself as a Gulf Coaster.

If you’re unfamiliar with H-Town here are a few things you can generally assume when you meet one of its sons or daughters: 1) They almost certainly know how to fight dirty; 2) Rarely will their career paths have been anything close to linear; 3) If they can’t get things done the way they want, they’ll often just do it themselves.

Fortunately, I can’t personally speak to whether the first assumption is true about Blake. But it probably is, because he spent several years training to be a Navy SEAL. Which tells you that the second assumption is correct. As is the third; when Blake was unable to find motorcycling boots he felt looked good on and off the bike, he sat down and designed what are presently the only fully lined Kevlar moto shoes in the world: ElBulli and LaRyder.

The two styles are mostly identical in look and price, with the ElBulli boots using a darker shade of leather. I’ve spent a few months falling in love with my ElBullis, using them mostly in urban situations, but also recently at the Triumph Bonneville Bobber event in Spain, where they were the only footwear I took with me.

“ to work or out for a bite with friends I was not willing to wear my Alpinestar track boots,” Blake told me, explaining the inspiration for the boots. “It just wasn't practical”

So, he came up with the idea of lining a sturdy but fashionable pair of boots with Kevlar. Because, as the MotoBailey website says: “Nothing was ever less cool with Kevlar.”

It’s the sorry-not-sorry nature of any safety gear review that we generally do our best to avoid crash testing these products, but the value of both leather and Kevlar in a motorcycle application is pretty well documented. The ElBulli boots appear to be solidly constructed, the leather in and of itself thick enough that I would trust it to save my sole on its own in an urban incident.

The boots go above the ankle, which offers some support, and there is discreet ankle padding that helps protect against minor bangs. An extra strip of leather across the toe serves to defend against the prodding of the gear pedal. Beyond that, though, there isn’t a great deal of protection in the boot, so, you know, don’t wear these to the track or when you’re competing in the Dakar. Additionally, the laces are a little thin – to keep them fashionable – so you’ll need to make your own decision as to whether the boots are suitable for highway use. I personally don’t have an issue with wearing them on the freeway/motorway, but some folks might disagree.

My ElBullis are easily the best-looking footwear I own, and they’re comfortable enough I’m happy to wear them off the bike for long stretches. As mentioned above, they were the only footwear I took with me on a recent trip to Madrid, as comfy when I was wandering around the airport as when hustling the Bonneville Bobber through corners.

Well made, I’m fond of how they’re looking now that they’ve picked up a few scuffs (I’ve had these a few months and have worn them a lot). An application of wax or hide food (i.e., the stuff you rub into horse saddles) would help keep them looking spiffy, but so far I’ve been too lazy to do such a thing and they’ve held up fine, despite being exposed to typical British road muck a few times.

When I initially got the boots I felt the soles seemed a little flimsy, but they haven’t worn down any, so they’re clearly tougher than they look. Meanwhile, the presence of Kevlar lining means the boots can get just a little warm. So far that hasn’t bothered me, but I’ll be interested to see how well they fare once summer arrives. Though, if they’re good enough for Blake, who wears his while zipping around in the heat of Texas Hill Country, they probably won’t get too uncomfortable in any other scenario.

The sizing information on the MotoBailey website was a little confusing for me, stating: “Our boots run 1/2 size smaller than your Nike running shoe. So, order .5 size larger than you normally wear.”

The thing is, I don’t wear Nike shoes because that company always gets its sizing wrong. So I had to first sit down and try to remember how Nike gets it wrong, then adjust that accordingly to the MotoBailey instructions. Ultimately I gave up and let Blake know that I normally wear a size 44 EU, which, admittedly, was not very helpful since different conversion charts show a 44 running anywhere from a size 10 US to a size 12 US. He sent a pair for which the label claims 44 EU translates to 11.5 US. Turns out they were just a teency bit too big. MotoBailey are happy to do returns and exchanges but I decided not to fuss with it and fixed the problem by purchasing a $3 pair of lambswool insoles; add some thick socks and all is well. (Hmm, perhaps this is the real reason my feet sometimes get warm?)

All in all, though, I’m happy with the boots’ fit. Most importantly, they feel snug enough I don’t think they’d come flying off in a tumble.

The Good, the Bad, and the Good

One of my favorite aspects of the boots is the fact that MotoBailey is based in Texas. Wearing these makes me feel I am in some small way fulfilling my patriotic duty. For those who don’t feel allegiance to the Lone Star State, though, there is plenty else to love. The boots look good and worn with, say, a pair of Resurgence Gear jeans, they don’t look motorcycley at all, which is sometimes the look you’re going for when just scooting around town.

Although the the boots’ soles are tougher than I originally suspected, they can be slippery on some surfaces. Specifically, the recently mopped tile floor at my dentist’s office; walking to an appointment with these on was like treading on freshly Zambonied ice. In fairness, the Michelin Pilot Road 4 shoes my bike wears would have also struggled on that surface. Which is probably why they made me park my bike outside.

Lastly, I’ll admit the US $220 asking price (about £175 or €210 – MotoBailey ships internationally) for these boots feels a little salty, but I suspect that is because I am a natural cheapskate. And if you compare them with some other equally fashionable boots like, say, the Red Wing Iron Ranger (which are not lined with Kevlar), the ElBullis are a bargain – costing a full $100 less.

Meanwhile, the boots have become one of my favorite articles of gear. I think they look cool, and enjoy wearing them so much I have started making up weak excuses to ride my motorcycle across town (Cardiff is only about 10 miles from end to end, so normally I just ride a bicycle). I've become quite familiar with my city's coffee shops as a result. Now all I need is a cafe racer to help me look the part.

Price: $220, though the boots are presently available for less on Modern Look