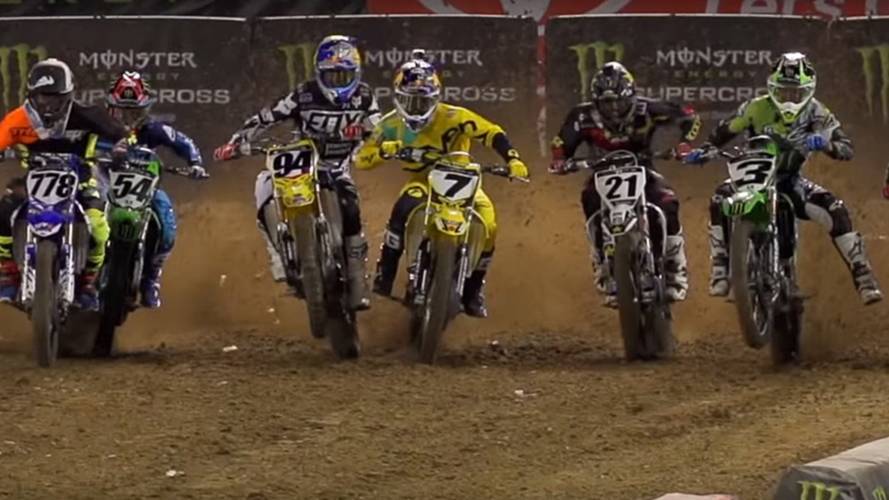 This episode of Video of the Day features the 2017 AMA Supercross Season Preview from Monster Energy. The season starts in January.

The 2017 Monster Energy AMA Supercross season is right around the corner, so anyone who likes high-flying, crazy bastards on fast bikes racing in bitchin’ stadiums might want to check the schedule ASAP. Last year featured an epic showdown in the 450 class with Ryan Dungey earning his second consecutive SX championship ahead of his old teammate, Ken Roczen. Check out the full-length season preview from Monster Energy for a peek at what you missed last year, some key crashes, important wins, and why you should want to go check out a race at some point this year.