Would You Wear this Paper Bike Lid from EcoHelmet? 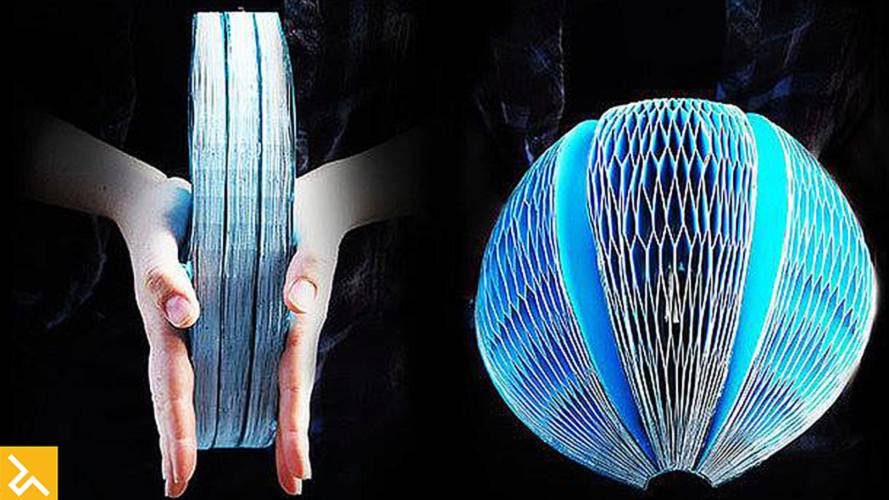 Those wild and crazy folks form EcoHelmet have created a portable bicycle helmet made out of paper. You gotta see this.

According to the BBC, A recyclable, folding cycling helmet made of paper has won this year's international James Dyson Award. The EcoHelmet is designed for people who use bike-sharing schemes and might not always have a helmet with them.

“Designer Isis Shiffer is delighted with the win but admits that a paper helmet may be a ‘tough sell’. She describes herself as an ‘ardent but slow’ cyclist and came up with the idea when she was using bike-sharing schemes around the world. When I was exploring new cities I had no access to a helmet and I didn't want to spend $30 buying one.”

She decided to design one, made of cheap, recyclable materials that would cost less than $5. The helmet uses a honeycomb structure which absorbs impact quit well. (Once. –Ed.) The design was tested at Imperial College in London. "It is so solid and everyone who had held it in their hands is surprised about how solid it is," she said. The helmet is coated with a material that makes it rain resistant for between three to four hours.

Since 2002, the James Dyson Award has been open to university or recent design graduates across the world. Ms Shiffer will receive £30,000 to further develop the helmet. Describing it as the holy grail of design awards, she said that she was "astonished" to win it. She hopes to pilot the new helmet in New York in the spring, possibly offering it free to bike-share users at first.

The helmet is designed for a limited number of uses and will deteriorate and weaken over time, especially if carried around at the bottom of a bag. The final design is likely to have a visible stripe that will wear off when it is time to throw it away or a clip that ceases to work after a certain amount of time.

EcoShortform from Isis Shiffer on Vimeo.