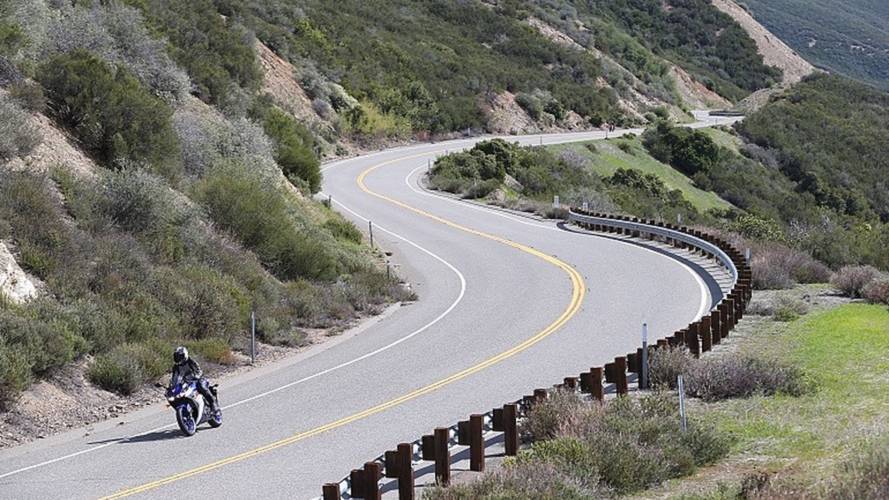 Which 300cc sportbike is best for carrying a passenger? The Yamaha R3. Kawasaki Ninja 300, or Honda CBR300R?

Which 300 is best for carrying a passenger?

I'm looking for a learner sports bike that I can occasionally take my girlfriend for rides on. I like the look of the Yamaha R3 and Kawasaki Ninja 300, but don't know if the seats are any good for pillion passengers? There's also the Honda CBR300R, but I hear it's a bit lacking in the engine department compared to the other two.

Good question, Liam. The first thing I’ll do is direct you to Laura Llovet’s March 2015 review of the R3, where she goes to the trouble to compare all three of the bikes you’ve mentioned in terms of engine size, seat height, and price. Some of that info will have changed since then, of course – primarily the price, and the fact that the Kawasaki is now a 400 (though, you’ll still find plenty of quality 300s in the used market) – but it should provide a good overview.

With that perspective you’ll see that the Kawasaki and the Yamaha are parallel twins, whereas the Honda relies on a single-cylinder powerplant. Partially as a result of that, the Yamaha and Kawasaki are going to be the better choice if you’re planning on using the bike at a track. We don’t yet know what the new Ninja 400 is like (Adam Waheed will be attending the press ride in early February), but in the battle of the 300s I think most would give the prize to the Yamaha for performance.

However, for the task of carrying a passenger I’d probably place the Yamaha at the bottom of the list. The tuning fork company has a habit of creating very little space for passengers. This is true even on its larger machines. Although, in a follow-up email, you let us know that you’re 5 feet 8 inches tall and your girlfriend 5 feet 6 inches, so it may be that you won’t notice this quirk as much as my 6-foot-1 self. My wife is also 5 feet 6 inches tall, but obviously any time she’s on a bike with me she has to contend with whatever space I eat up.

READ MORE: The Beginner Dilemma: The Ninja 300 vs the Ninja 250 R | RideApart

The truth is, manufacturers have a bad habit of correlating a bike’s engine size and its physical size. (This reality is a source of tremendous frustration for taller folks, who often find the only smaller displacement bikes they can fit on are dual sports.) At this end of the displacement spectrum you’re going to struggle to find a bike that will be able to accommodate yourself and a passenger comfortably. Related to that, you may find that the bike’s performance leaves a lot to be desired when carrying two people. Acceleration and braking will be affected pretty severely.

In light of all this, I’m going to do that really annoying thing of answering your question by failing to answer your actual question. The Honda CBR500R is a bike that we here at RideApart have loved for years, and I think you might be happier choosing it over the 300s you've listed. True, with 47 hp it only slightly outguns the R3, which claims 41 hp (The margin is even narrower between the new Ninja 400 and the CBR500R: 44 hp vs 47), but you won’t have to rev to 10,500 rpm to find those horses. Additionally because the engine is bigger so, too, is the bike’s physical size.

It is a bike that is well suited to new riders but carries just that little bit more, giving it a usefulness the others might lack. Former RideApart Editor Wes Siler was such a big fan of the bike that he and former contributor Sean MacDonald once took it and a CB500X on a 650-mile road trip from Los Angeles to Laguna Seca. Meanwhile, because the CBR500R has been on the market for going on five years now, you should be able to find a number of quality used examples for the same money, or less, than one of the new 300s.