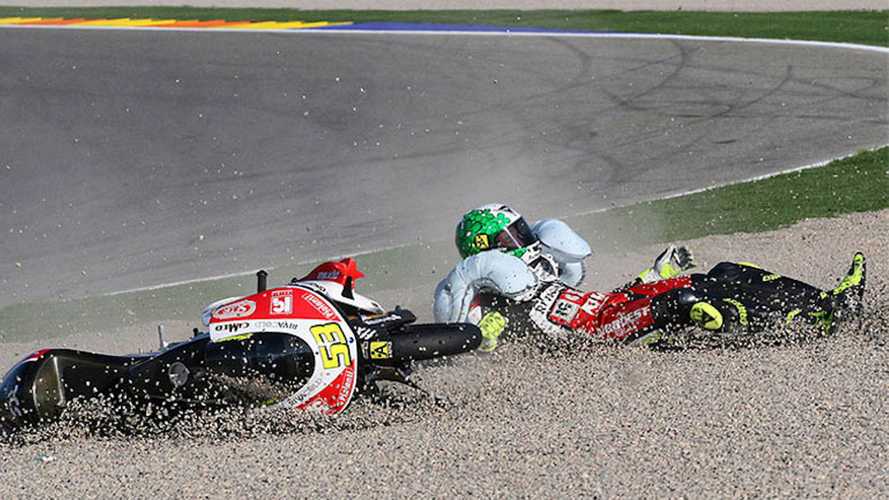 MotoGP, Moto2, and Moto3 mandate the use of airbag suits for the 2018 season.

New regulations for the 2018 season sees all three race classes mandate the use of airbag systems.

Numerous MotoGP teams have used airbag suits for almost a decade, but until now their use has been entirely voluntary. Thanks to a new official ruling by governing body Fédération Internationale de Motocyclisme, the high-tech devices are becoming mandatory across the board in MotoGP, Moto2, and Moto3 for the 2018 season. The FIM’s new mandate states that all full-time riders must wear leathers fitted with an airbag system at all times during every session. The new regulations also require that every airbag system pass a series of rigorous tests which each manufacturer is responsible for self-certifying that its respective suit passes all regulations and standards.

The regulations and standards that airbag suits must meet are, as you’d imagine, incredibly strict and specific. Areas that are tested for regulation include what parts of the body the system covers, deployment times, batteries, the fact the system can’t deploy via a tether-cable, and even that the system won’t risk an accident in the event of a false-deployment. Having said that, I know for a fact that Alpinestars has been using its TechAir system in MotoGP since 2009 and has yet to have a single false deployment. Nor has there been a single instance in which the system was supposed to go off but didn’t.

There are only two exceptions to this new rule – Wildcard riders and replacement riders who aren’t required to race with an airbag suit for their first two races. Last year Alpinestars alone had 26 riders from all three classes relying on the company’s Techair system, so the new rule won’t make a big difference to most teams. The good news is that these systems – which at the moment are wildly expensive – should become more and more affordable over the next few years, partially thanks to its widespread use in high-level competition.