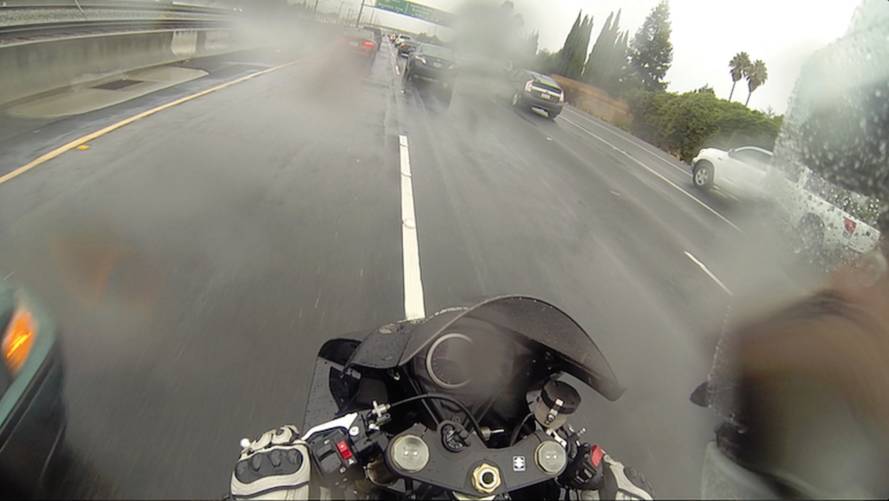 Riding is always awesome, but sometimes it's not as awesome as we'd like. What's the worst ride you've ever had?

Let's mark the most depressing day of the year with some good ol' fashioned moaning!

Today – 15 January – is apparently the most depressing of the year. That’s according to a surprisingly complicated equation worked up a few years ago by some folks at my alma mater, Cardiff University, in Cardiff, Wales.

READ MORE: Why Aren’t We Riding in the Rain? | RideApart

Wales is a naturally depressing place – it rains a lot and the transportation network resembles the sort of thing you’d expect from a crumbing former Soviet satellite – so, I suppose the study of depressing days seemed a natural pursuit. Without over explaining it, the most depressing day of the year is determined by a number of factors, including the amount of time that’s passed since Christmas, the amount of debt most of us face as a result, the amount of time until another public holiday, sunlight, weather, and so on.

As a Minnesota Vikings fan, I have to say this particular Blue Monday doesn’t feel too bad, and as a motorcyclist I’m of the mindset that any bad day can be improved by hopping on my bike. But the nature of this day got me thinking about those times when our two-wheeled adventures don't go as well as we’d like.

So, I thought it would be interesting to ask you, dear RideApart reader, what’s the worst ride you ever had?

“Oh man, it's the one where I got caught in a rainstorm so bad that my goggles filled completely with water,” Managing Editor Jason Marker told me. “Then I had to ride another 120 miles home soaking wet.”

It seems rain is a common theme in bad rides. When I was chatting about this subject with our reviewer incognito, Randle McMurphy, he offered a similar story.

“I genuinely think I could lie fully clothed in a bathtub for half an hour and still not be as wet as the Ducati Monster 797 launch last year,” he told me. “But in my own time, riding once from Manchester to Berkshire I'm pretty sure I stayed right under the same rain cloud all the way down. That was on my KTM 950. When I got back, my mates said the weather in Manchester had been lovely since I left, and my flatmate in Berkshire said the weather had been great all day 'til I turned up.”

Living in Wales, I ride in the rain so often that I’ve lost track of how many times I’ve arrived at a destination soaked to the skin. That time I got stuck in horrendous Belgian traffic amid an unyielding rainstorm when I was running late to catch a ferry a few hundred miles away certainly sucked. But I’d probably still rank my Iron Butt attempt of a few years ago as the worst ride I’ve had. It rained the whole time, it was foggy, cold, and lonesome, and I was delirious with exhaustion by the end of it.

How about you? What’s a time when the joy of two wheels was considerably lacking its usual joy? Let us know in the comments below.