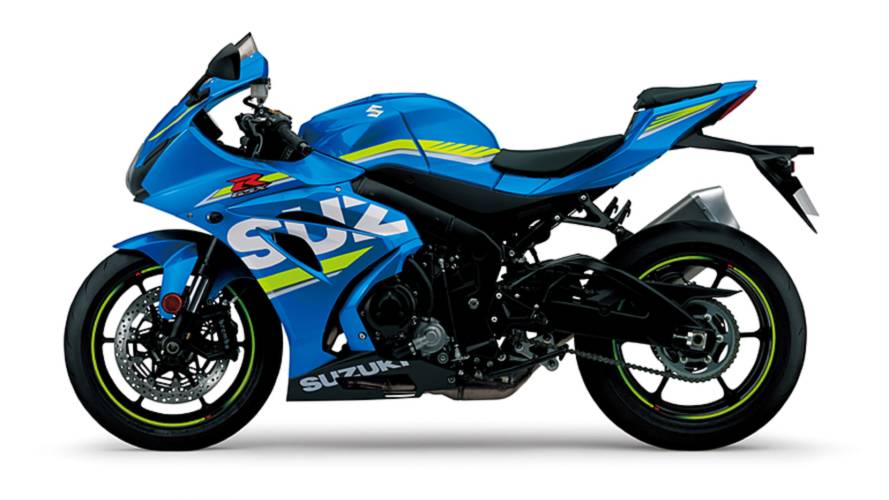 2017 Suzuki Motorcycle Pricing Announced this week and now we know what it will take to put a GSX250R, V-Strom 650 or GSX-R1000R in your garage.

Suzuki is poised for a good year with a handful of new motorcycles heading our way in 2017. The big news is the ever-expanding GSX line-up that now features a GSX250R, GSX-S750 and a pair of all-new GSX-R1000 models. There’s also the new and improved versions of the V-Strom 650 and V-Strom 1000 set to hit the ADV market. You will notice that a few models are going to be sold as 2017 while others will be sold as 2018 versions.

Even though the small displacement bikes seem to be small beans in the grand scheme of things, the fact is they are often the biggest sellers in their respective categories. As a result, the arrival of the baby Gixxer or 2018 GSX250R is really big news. It is set to be released in April with an MSRP of $4499. Unfortunately, it will only be offered in red or black, rather than the cool GP blue version we saw at EICMA.

Next up is the 2018 GSX-S750 and GSX-S750Z middleweight streetbikes. The GSX-S750 will be available in April and it will come in blue/black or red with an MSRP of $8299 while the ABS-equipped GSX-S750Z will be offered in matte-black only and will be released in May with a price tag of $8899.

But if you’re really serious about your sportbike there will be only one choice: The 2017 Suzuki GSX-1000R. This technologically advanced superbike features more high tech hardware than any mere mortal will ever use, but who cares right? What’s wrong with bringing your Hattori Hanzo to the knife fight? The point is this bike is the ultimate GSX-R. It will be available in May with an MSRP of $16,999. It will be offered in the blue MotoGP scheme or gloss black.

Of all these motorcycles, which one is most appealing to you? We had a great response to the GSX-R1000 but the new and improved V-Strom 650 drew a lot of attention as well. The question is: Which of these makes you want to check your credit score or tap into your kids college fund the most?