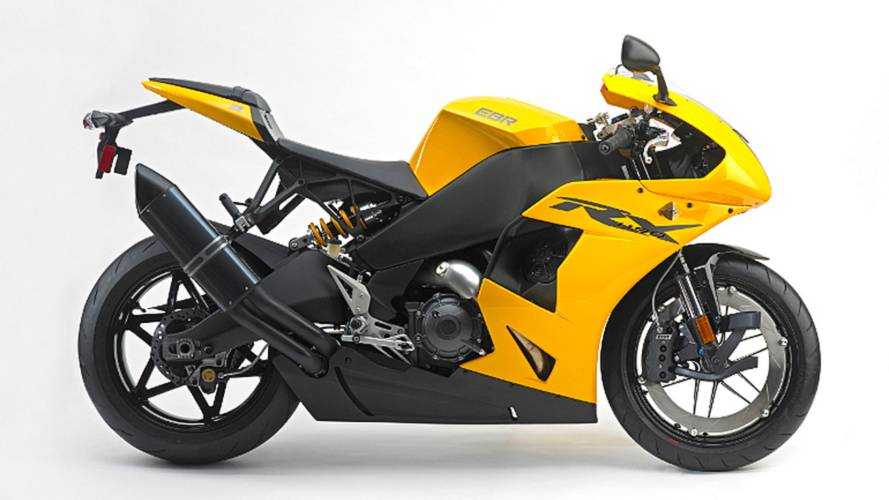 Erik Buell's EBR Motorcycles is being shut down once again.

American sportbike manufacturer EBR (Erik Buell Racing) Motorcycles will be once again be closing its doors, marking another bitter defeat for Buell.

According to an email sent to media late Thursday evening, the company "will begin a wind down of production operations commencing next week."

"The decision was a tough one for EBR as it has been solely focused on the growth and building EBR for success," the statement reads. "The team at EBR has worked tirelessly making every effort to build the company. There is no fault on any of the team at EBR for this decision. They and their families have our deepest gratitude for their efforts and dedication to EBR. This difficult decision was based primarily on EBR facing significant headwinds with signing new dealers, which is key to sales and growth for a new company. In addition, EBR has had limited production in 2016 and 2017 that was under goal. The combination of slow sales and industry announcements of other major OEM brands closing or cutting production only magnified the challenges faced by EBR."

Buell’s motorcycle companies have had a long and ultimately unlucky history over the past two decades, including a myriad of bankruptcies, shutdowns and revivals. The company had relaunched almost exactly a year ago with ambitious plans centered on the company’s growth, but appears to have fallen short of its goals.

EBR has stated that the company will continue to honor warranties and provide parts and service to EBR customers and dealerships. Over the years Buell has faced a number of setbacks, including having his company be bought by Harley-Davidson and then given the axe. The story of EBR's downfall, though, traces to a partnership with India-based manufacturer Hero; ultimately EBR was shut down, auctioned, and re-opened by a company that has traditionally focused on the liquidation of assets. Now that company is fully closing operations once again.

EBR had big plans for 2016 and was seemingly optimistic about the brand's ability to establish itself as a viable and sustainable sportbike option. Production under the helm of Liquid Asset Partners LLC began in March 2016, and by May EBR had established parts and service support in Europe. In November EBR debuted its new “Black Lightning” model at IMS LongBeach, as well as a new on-board diagnostic system controlled via the bike’s full color TFT display. This reflected the company’s strategy to attract new customers through new tech and innovations while maintaining the high levels of performance EBR’s bikes had become known for. A week after IMS it was officially announced that ThunderHill Financial would be partnering with EBR to provide dealers financing.

In November I got the chance to sit down with Buell to ask him a few questions about EBR’s newest addition to its line-up, the Black Lightning. He explained how a naked sport bike with an upright seating position was a more sensible option for today’s market. Naked bikes, he said, have more real-world-applicability compared to 1000cc+ fully-faired super bikes. According to Buell, the Black Lightning was essentially EBR adapting to current market trends combined with the company’s attempt to get more of its bikes on the road and further expand its customer base. Even with the benefit of hindsight, EBR’s plans appear to have been well thought out.

From the outside looking in, it appeared EBR had been making progress last year, so with all of the aforementioned headway made in 2016, how exactly did this happen to yet another one of Erik Buell’s motorcycle companies? When establishing a new motorcycle company getting new dealers to carry said company’s bikes is a vital part of successful sales numbers and overall growth. Unfortunately EBR couldn’t manage to find enough dealers to sell for it to remain financially sustainable.

A less significant factor that further hurt EBR and its bottom line was its entry into WSBK. Manufacturers commonly use WSBK to promote and advertise their production superbikes. While “Win on Sunday, sell on Monday,” no longer rings true the way it did a decade ago, companies still use WSBK (and other racing series) as a means of promotion for their products. However, funding a professional race team doesn’t come cheap, and in this case it would appear that the Hero EBR Team bled funds from EBR without garnering enough popularity or support for the team's WSBK entry to have the desired effect.

It doesn’t appear that EBR’s closing is the result of anyone's specific mistake and rather Murphy’s law rearing its ugly head at almost every step of the way. The remaining 2016 and 2017 EBR production bikes will continue being sold through EBR’s “top dealers,” a list of said dealers can be found on EBR’s website.

Cementing the company’s closure will be the sale of its production equipment and excess parts. This news obviously comes as a blow to fans of the of Buell, not to mention the large number of EBR employees and their families in East Troy, Wisconsin – the longtime HQ for Buell’s companies. But there's always the possibility Buell will launch (or relaunch) another motorcycle brand. As long as Buell breathes, it's fair to say his story's not over.