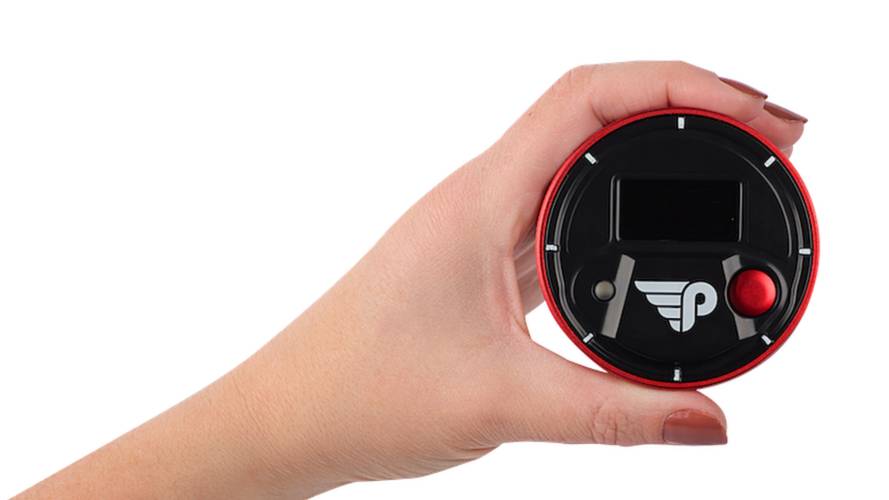 Southern California-based Push Inc. has released its new "SmartGauge," which it is calling “The Ultimate Race Performance Tracker.”

The company says its device was developed through years of research and countless hours spent on race tracks. The device mounts directly onto a motorcycle, then wirelessly relays data to smartphones and tablets, allowing riders to better track their performance and progress. Speed, lean-angle, and elevation are tracked in real time. The gadget also claims an ability to sense when you start and stop braking, and when you get on or off the throttle. This data is most helpful if riders can see exactly where on the track any of these recorded actions or data happened, which is where Push Inc. has taken things one step further.

Built into the device is a GPS sensor that Push says allows a rider's exact line at a track to be recorded. Push DroneView uses satellite imagery to show what looks like aerial drone footage of laps around a track. Not only does this make for some cool footage, but also enables riders using the device to see the exact point certain actions occurred.

Push says this leads to riders getting a better understanding of what they’re doing correctly and what they aren’t. In addition to rider input data, Push DroneView also takes the collected data and displays a rider's speed, lean angle, and a host of other data at any point on the track. Below is a demo video from Push displaying the DroneView in action at Auto Club SpeedWay.

Another feature included in the SmartGauge is the ability to to wirelessly upload data to “Harry’s LapTimer” (HLT), a track data-analysis app. With the addition of HLT, data and metrics from the SmartGauge can be overlaid on more than 900 tracks from all around the world.

Units will set you back US $399, bought from Push’s website.