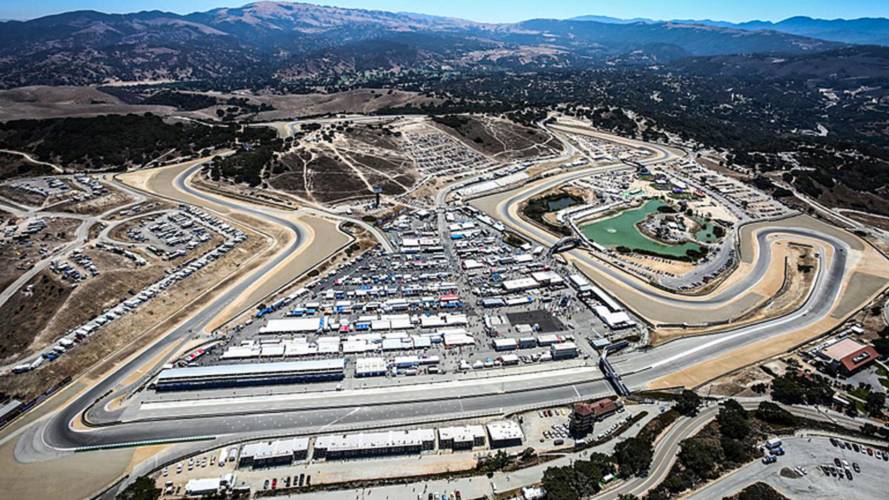 In the ongoing battle for stewardship of the famed Mazda Raceway Laguna Seca, the decision has been made to keep SCRAMP in the drivers seat.

After four years of ongoing struggle between SCRAMP (Sports Car Racing Association of the Monterey Peninsula), the county board of supervisors and ISC (International Speedway Corporation), track management will remain with SCRAMP for the next three years.

The ISC, which owns Daytona International Speedway and most of the NASCAR tracks in the country, appeared to be in position to take over management of the facility three years ago. Local opposition to the change came swiftly, and ISC lost interest, for awhile. Then the Daytona group and SCRAMP appeared to make peace, and a joint management arrangement was considered. When that fell through, a group of local investors called Friends of Laguna Seca expressed interest in taking over, but that failed to materialize, though they are still in the game.

Apparently the three groups are still negotiating with each other and the county on a long-term plan for management of the facility. The race track is part of a Monterey County park, which was part of the Fort Ord military reservation, but was ceded to the county years ago. Fears that an ISC contract might put an end to motorcycle racing at the historic track, built in 1957, may now be put to rest for at least three years. (Maybe, since the county has reserved the option to opt out of the deal, “with or without cause” within a 60-day period.)

So, for the time being, World Superbike, MotoAmerica/AMA Pro Racing and numerous track day training schools will continue. Whether or not a return to MotoGP racing is in the cards remains to be seen.

According to the Monterey Herald, the interim management deal means the county will pay the track manager “an annual fee equal to 20 percent of all net operating income and to provide a $270,000 per month advance” as an operating fund. Under the terms, “It calls for the county and SCRAMP to settle up at the end of each calendar year on the difference between the $3.4 million in monthly advances and the final annual fee.”

All parties involved agree on the need for improvements at Laguna Seca, the hanging question of course is how much it will cost and where the money would come from. The county board will continue negotiations with the three entities, and is scheduled to consider a $1.14 million investment for operational needs and deferred maintenance. According to the newspaper, $500,000 would come from the Laguna Seca Track Fund, and anticipated revenue of $640,000 from the current racing season.

A 2015 report in the Monterey Herald cited a study by Cal State that put the dollar figure that Laguna Seca brought to the county was $62.1 million, producing $5.2 million in state and local taxes. So the economic value of the track, to area businesses and the county, is not in question. The issue of who will best manage the venue going forward, serving both the needs of the racing community and the county, remains on the table. A substantial cash infusion from an outside entity remains unlikely.

Michael Smith, SCRAMP board president, told the Herald, “I think this is a great deal and offers a chance to move more smoothly,” Smith said. “For the next three years, we’ll have a partner that knows what’s going on. There’s a different atmosphere now. This is the most enthused myself and the (SCRAMP) Board of Governors and staff have been in a long, long time. It’s a good win-win for everyone.”

Another bit of good news: As part of the Spring Classic at Laguna, May 19 - 21, the vintage IMSA, F1 and CanAm cars will be joined by older GP and Superbikes, courtesy of the California Vintage Racing Club. For more info call Michael Green, 925/606-8301.