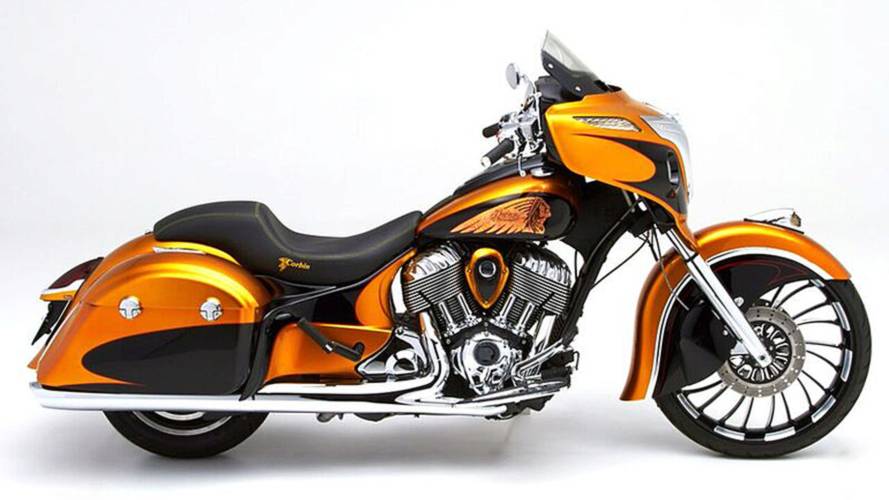 Indian Motrcycle has announced its latest contest, the Project Chieftain. Vote for your favorite cusrtom build for a chance to win one of your own!

Indian Motorcycle has announced its latest in dealer customization contests, Project Chieftain. Customized by each dealership’s internal team, ten Indian dealers created the most badass Chieftain bagger they could imagine.

Indian has put these bikes up for a vote. The top three bikes will be unveiled at an Indian VIP party in Daytona Beach during Daytona Bike Week in March. Every voter will be entered to win a new 2017 Chieftain. Each daily vote is equal to an entry in the sweepstakes. Voters can vote daily to increase sweepstakes entries and chances to win.

Viewers are encouraged to vote for the machine they feel is most deserving of the MBA (Most Badass Award). Here are some images of the contestants, to whet your appetite:

Arizona Sunset by Indian of Peoria

Barnstorm by Indian of Central Mass

The Holeshot - Indian Motorcycle of Terrebonne