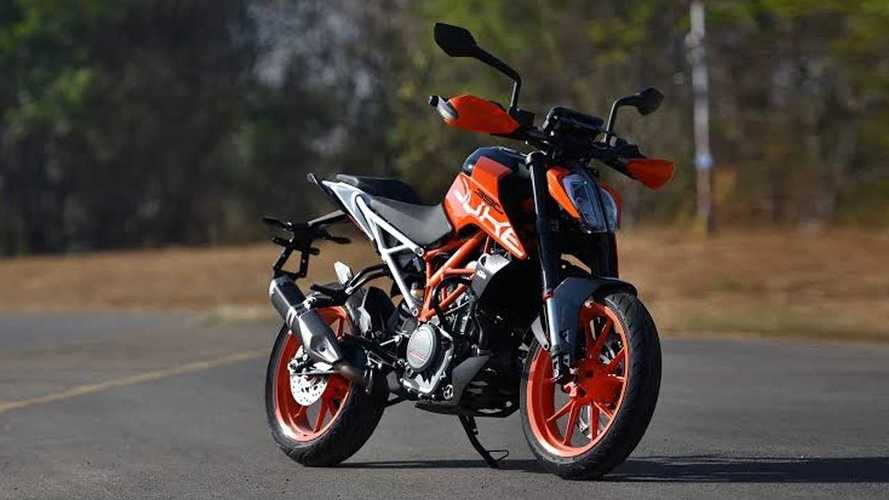 I love cheap thrills, and the most midwestern thing I probably do in life is this: I will always respond to a remark like “hey, that’s a nice shirt” with “thanks, I got it for $5!” or whatever astonishingly low price I paid. You get the idea. It’s a point of pride and I am not the least bit sorry about it. I mean, who doesn’t like a good deal?

Even in 2020, there’s a decent amount of fun to be had on a new bike for under $6,000. In fact, in tallying up this newly-assembled list of super-fun small-displacement bikes, you’ll find that most of them come in right around the $5K mark. Only two of these six bikes head anywhere close to our upper budgetary limit. Not bad, eh? Your wallet doesn’t think so, either. Let’s go!

How To Go Motorcycle Camping On a Budget
⠀

When Suzuki announced its 2020 lineup, we felt a collective pang of sadness when we realized that the VanVan 200 seemed bound to disappear. Sabrina told the story of a rally she once did on one, and that, my friends, is an experience you remember fondly for the rest of your days.

Although we have no idea if there are any intentions to create a Euro5-compliant version in the future, we do know that for the time being, you can still pick up a 2019 right now. Its price is almost as charmingly retro as the bike itself, too.

This one was a tossup for me, because the RC 390 is a heck of a bike. At a mere $100 more than the 390 Duke, it’s also a heck of a bargain, in my mind. Still, the 390 Duke is probably the more practical everyday bike to live with of the two, so it’s what’s going on my list. If that’s not what you’re looking for, then definitely check out an RC 390 instead.

You might have to wring the throttle pretty hard on either 390, but you’ll have so much fun doing it, you probably won’t even care.

Since our last roundup, times have changed, and the Rebel 500 sadly no longer fulfills the basic brief to be included on this list. Never fear! Instead, the CB300R ABS—which Honda has decided belongs in its own “neo sports cafe” category—is here for all your Team Red cheap thrill needs.

Of course, Honda has all kinds of zippy, tiny rides that fill those needs as well, from a Monkey to a Grom to a Super Cub. Each bike says something different about you, and honestly, there’s probably no bad answer. However, we’re betting the CB300R ABS is probably the easiest and most practical to live with as an everyday rider. Millions of Super Cub fans can’t be wrong, though—so you might want to consider it if you’re of a mind.

Which Kawi 400 you choose depends largely on your feelings about fairings. As is probably pretty obvious by now, I do love me a good naked bike, so I would probably go for the Z400 ABS over the Ninja 400, if it was my $6,000 we were talking about.

You may have different feelings on the matter, and that’s cool. As Sabrina and Sophia noted in their 2019 review, both the Z400 and the Ninja 400 have strong points. If you’re thinking about either, you may want to check out both at your local dealer before making a choice.

Sure, an R1M is cool and all, but would you really want to flog it back and forth to work as your daily commuter? Signs point to ‘no.’ Meanwhile, a MotoGP-liveried R3 would make a perfect commuter pony to house in your stable. The current R3 is well-mannered, light, maneuverable, and perfect for parking on streets, if that’s part of your daily routine.

Bet you didn’t expect to see a BMW on this list, did you? I want one of these so bad, you guys. The more I think about it, the more I think about getting one and sticking a top box on it when the maxi-scoot that’s currently in pieces in my garage finally dies. To be completely fair, that scooter is my errand-running two-wheeled conveyance, and it’s very good at its job. But, um, is it fun to ride? I mean, more fun than a car, for sure, but otherwise not really. A G 310 R with a top box, however, would be so much fun.

I’m currently in the process of rebuilding the top end of that scoot, and I do currently have every single intention of making it totally rideable. I also plan on probably riding it into the ground. Still, it’s good to have plans. Just know that I’m coming for you sooner or later, G 310 R. One day, soon, and for the rest of your life.