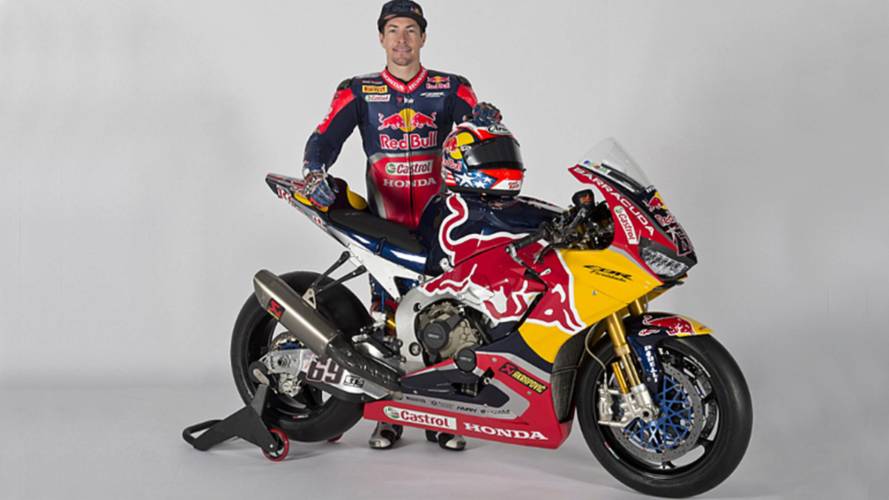 The 2017 Ten Kate World Superbike team and its new sponsor was unveiled this afternoon in Salzburg. Former MotoGP champion Nicky Hayden and former Moto2 champion Stefan Bradl will compete aboard Redbull liveried Honda CBR1000 SP2 machines in 2017. The pairing of these to Grand Prix exiles should yield impressive results as long as the new 1000RR is as good as Honda hopes it is. Nicky Haden struggled during the last round of testing in Spain but we have to imagine Ten Kate will get the bike sorted by the start of the season. One thing we know for sure, these bikes look awesome so they've got that going for them.

"It's all happening," said Hayden. "A lot of new things going on, we're very excited and very motivated by a lot. The fans expect a lot of us, as we expect from ourselves also."