The Motorcycle Tire Question: Radial, Bias or Both? 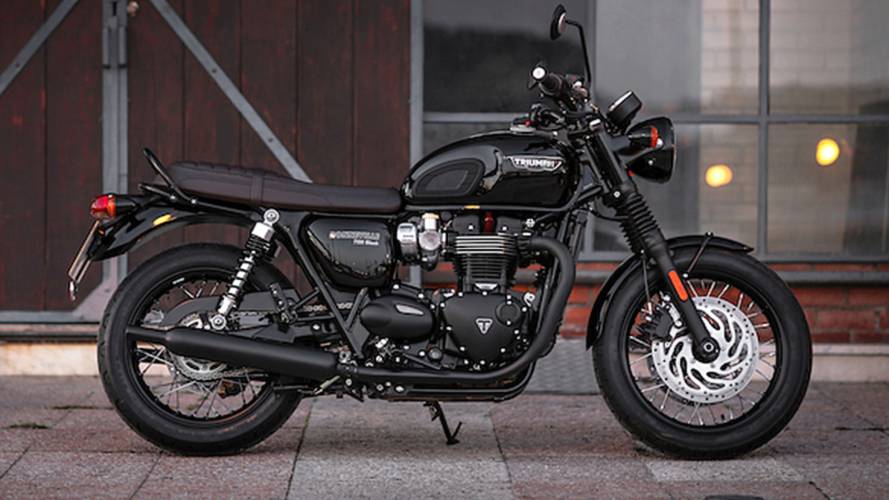 Papa Wealy asks the latest Motorcycle Tire Question reagrding the use of radial and bias-ply tires on more and more motorcycles these days.

Radial tires for motorcycles were introduced 30 years ago, and it created more than a bit of consternation among riders. “What? Radials are for cars, motorcycle tires have to lean. Who wants bendy sidewalls on their tires?” As it turned out, one rider who wanted it that was a young fellow named Freddie Spencer, who started testing Michelin radials in 1981.

Quoted in a 2013 RideApart article by Tim Watson, Spencer had this to say; “The introduction of the radial tire was the most important innovation of my career. A rider needs grip, feedback and longevity, and the radial represented a real improvement in all three areas. The first thing I noticed about the radial was that it gave me much better grip and stability when cornering rapidly. I could re-accelerate sooner, which I always tried to do when racing.”

The advent of increasing horsepower in production bikes coincided with the introduction of a Pirelli radial rear tire on the European model 1983 Honda VF 1000 R. The VFR was one of the original 150-mph superbikes and it quietly ushered in the era of the radial tire to the world of motorcycle racing.

Spencer in particular, liked the handling characteristics of a radial rear and bias-ply front. He used this combination to win the 500cc Grand Prix title in ’83, but the following year it was fellow Honda pilot Randy Mamola who, in winning the British Grand Prix, was the first to win with radials front and rear. By 1985, when Spencer won both the 500 and 250cc titles, Michelin radials were the tires of choice. The shift to radials on street machines was thus underway, confirming the old adage that racing improves the breed. The combined demands of higher torque figures, more heat, blistering top speeds, chassis improvements and wider rear wheels cleared the way for radials to take over as the tires of choice.

For sportbikes in particular, the adoption of shorter wheelbases, steeper steering angles and 17-inch wheels and radial tires were all keys to fulfilling the needs Spencer mentioned: grip, feedback and longevity. A discussion of slip angles, cornering force, load transfer, roll centers and understeer is beyond the scope of this piece, but will likely be explained lucidly by Kevin Cameron in the near future. For now we may simply accept the fact that radial tires work just fine.

Which brings us to this caveat from Wikipedia: “Bias and radial tires have significantly different dynamic properties. They deflect differently, create different cornering forces, have different damping characteristics, as well as other differences… Therefore, it is recommended that a motorcycle be used with the type of tire construction that it came with originally. If a change is to be made, then it should only be done if the motorcycle or tire manufacturer has approved the change. Above all, do not mix bias ply and radial tires on the same motorcycle unless it is with the approval of the motorcycle or tire manufacturer.”

These are cross section CAD images of a Bias-ply Michelin motorcycle tire above and a Michelin Radial tire in the image below.

Which raises the question, why are some manufacturers delivering new models with radial rear tires and bias-ply fronts? Harley-Davidson Softail Breakout and CVO Breakout are both equipped with a radial rear (240/40R-18) and a bias-ply front (130/60B-19) are examples of bikes that use this combo presumably for the advantages of longer tread life and better heat dissipation for rear tires.

The Triumph T100, T120, Street Cup and Street Twin are also likewise equipped, which the factory explains thus; “This combination of tire constructions is selected because it offers the best stability, neutrality and agility on the bikes for which they have been selected. In our experience, this construction combination offers no disadvantage in terms of grip or slide behavior in ‘on-road’ or ‘off-road’ conditions, as the compound selection is oriented to deliver the ideal grip characteristic for the specific use of the motorcycle for which it is selected. In fact, it is almost the only option for dual purpose OE tires for large capacity adventure bikes with a 21-inch front wheel and is also quite common on bikes with 18-inch, 19-inch fronts.

“On sports bikes with 17-inch front wheels, however, it is clear that the radial front – radial rear combination offers the ideal balance between grip, handling and stability, due to the higher requirement of lean angles and the very specific geometries, stiffness and weight distributions of these bikes. The radial front and rear are almost universally used on these types of bikes, including for road racing.”

And this from Dunlop: “As designers of tires working with original equipment customers, we establish what the OE requirements are up front and perform extensive analytical studies to determine the most effective constructions to meet those requirements. There of course is a thorough vehicle test examination of the tire combination on low speed dry and wet handling, wear, and high speed handling before the tire is ultimately approved by the manufacturer.”

Obviously the subject of mixing tires is rife with assumptions, misinformation and outdated information. The notion that motorcycle manufacturers are mixing tire types as a work-around to solve handling issues with chassis design and/or steering geometry is without foundation. Issues of product liability alone preclude such an approach. Since front and rear motorcycle tires perform distinctly different functions, builders continually test to determine the best balance between handling, compliance, wear factors and feedback to the rider. We have to trust them to do the job well, and do ours by always scrubbing in new rubber, maintaining the right pressure, and not pushing our luck until the cords are showing.