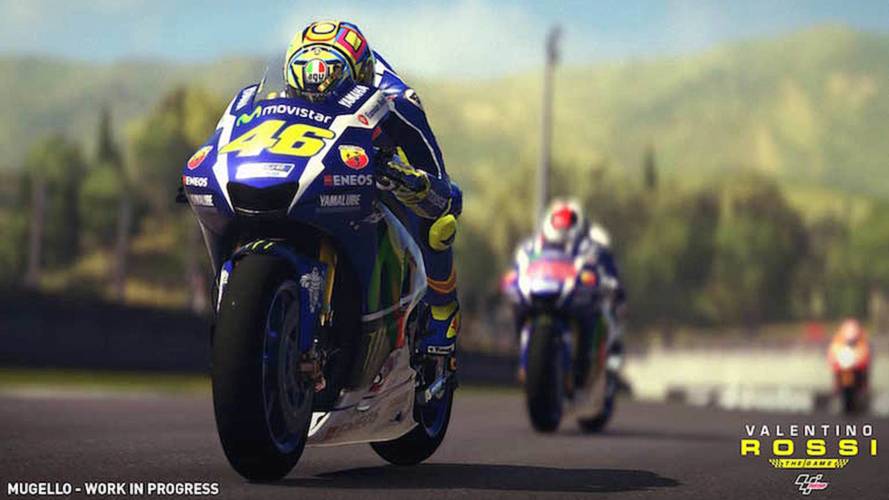 Valentino Rossi: The Game, and Ride 2 are among some of the best choices for moto-loving gamers.

Simulating motorcycle riding via a handheld-controller will never fully encapsulate the genuine riding experience but we’ve come a long way since Excitebike and RoadRash. The amount of detail in the level (track) design as well as the performance and gameplay are exponentially superior to the side-screen 8-bit moto-gaming of yesteryear, and demonstrate just how evolved two-wheeled sims have become.

The latest version of the game, again designed by Italian game-developer Milestone comes with new features on top of the regular GP racing that the game is centered on. Flat Track, Rally Car, and Drift Car racing give the game more variety and undoubtedly extend the game’s shelf-life, as do the new game modes. The controls are simple and intuitive, the graphics are updated with noticeably better lighting and higher frame-rate. This year's installment of the GP racing franchise is ultimately a better polished sim than its predecessor.

A total of 47 tracks – including the Rally, Drift, and Flat Track venues – are featured. Historic race events such as the famous Rossi vs. Biaggi showdowns are a particularly noteworthy feature for longtime MotoGP fans. 125s, 250s and 500s from several different eras are all featured, all of which can be piloted by a handful of the best racers from the past several decades: Wayne Rainey, Max Biaggi, Casey Stoner, Mick Doohan, Carlos Checa, Loris Capirossi, Gary McCoy, Noriyuki Haga, Freddie Spencer, and Kevin Schwantz. The full MotoGP, Moto2 and Moto3 rosters are all available from the most recent season, as well as previous years. Online play can greatly heighten the intensity of the experience.

"Valentino Rossi: The Game" is packed with details that make the game richer and more lifelike. Players can select hard or soft options for tires, which wear down and lose traction over the course of a race. Wet races add an exciting element and rain tires offer a different “feel” in the corners. The game includes practice and Qualifying sessions that determine starting position on the grid. Playing this game makes it increasingly clear Milestone put importance on fine tuning the details, making the game really shine. Features such as the new rag doll-style crashes off highside and rolling lowside crashes look substantially superior to last year's version.

Rossi has also been participating in four-wheeled racing endeavors for most of his adult life with several annual events becoming staples in The Doctor’s yearly schedule. VR:TG allows its players to get behind the wheel of Rossi’s VR46 Ford Fiesta RS Rally Car for the famous Monza Rally. Several drift tracks can be navigated in Rossi’s VR46 Monster Energy Ford Mustang. Both four-wheeled-modes have been tied into the "career mode," as has the new Flat Track feature. While still a motorcycle racing sim, the Flat Track mode is a completely different experience to master. The controlled sliding of the rear wheel and the body of the rider remaining planted straight above the bike offer a new challenge that makes VR:TG a more dynamic experience overall.

With a total of 15 game modes, Milestone is calling it “The most complete MotoGP game ever.” on top of the four-wheeled modes, players can relive Rossi’s career, starting with 125 and 250cc GP races, through the 500 two-stroke era to present. “R1M Race” lets players race on a grid entirely made up of Yamaha R1M Superbikes. Split Screen, Grand Prix, Time Attack and online modes from previous MotoGP installments all remain unchanged for the most part. MotoGP World Championship (aka Career) mode has been updated and is centered around the VR46 Academy, Rossi’s real-life support team which is made up of young promising riders recruited by the doctor himself. Like previous generations of the game, career mode begins in the Moto3 class and the player works their way up to MotoGP, only this time you are a member of the VR46 Academy. The inclusion of Rossi’s Private Ranch in Tavullia as a Flat Track level is a particularly cool feature for fans of the factory Yamaha rider.

The highlighted new features for the game may be the flat track and car racing, but the game’s bread and butter is still Grand Prix motorcycle racing. Because this game uses the same engine as previous generations, the developers at Milestone were able to more thoroughly polish the actual racing experience. The racing AI is more advanced yet still arguably too easy even on the highest difficulty. The physics are more realistic which results in the gameplay feeling like less of an arcade racer and raises the bar for next-gen moto-sims. (physics can be adjusted if you prefer the arcade-style physics). The hard braking feels better than that of MotoGP 15, making VR:TG more difficult, but also a more challenging and enjoyable experience.

Ride 2 is Milestone’s second motorcycle road racing game: the street-going counterpart to the MotoGP games. The Ride franchise employs the same (Milestone) engine as the MotoGP franchise but surprisingly makes for a very different gaming experience. The inclusion of nakeds, supermotos, cruisers, super bikes, cafe racers, customs and race bikes allows for more variety in types of racing. The races taking place on tracks composed of both city streets and GP tracks further the unique experience and rich variety the Ride games offer. With all-new bikes, gear, features, and, most importantly, tracks, Ride 2 seriously steps up its game in contrast to the poorly received Ride (1).

Ride 2 features 174 different motorcycles from 18 manufacturers, 600 liveries and more than 1,200 customizable parts. Every modern production sport bike (from a major manufacturer) is included as well as many of today’s nakeds, several supermotos, a few cafe racers, historically significant sport bikes from the past several decades and many more. Every bike is customizable – from mechanical and performance parts, such as aftermarket exhausts, fuel mapping, and rims, as well as an array of cosmetic mods such as the removal of mirrors and/or signals, livery, grips, etc. Several of the bikes included in Ride 2 were a major selling point such as the Kawasaki Ninja H2R (and H2) and Suzuki Hayabusa that are particularly fun to play with. Another new customization feature for Ride 2 is “Race Customization,” which allows certain bikes to be transformed from road-going production bikes to specially tuned race machines complete with custom bike number and dedicated race liveries. Another addition to Ride 2 that's sure to be thoroughly appreciated by racing enthusiasts is the game's stable of race machines (production bikes) with track bodywork and performance parts. A handful of custom creations are featured in the second installment of Ride, with bikes from legendary customer builders such as the United Kingdom’s Mr. Martini.

READ MORE: The 5 Motorcycle Games That Inspired Us | RideApart

The performance and feel of the bike in Ride 2 is leaps ahead of the first game. The bike now suggests weight and poise while riding instead of seemingly gliding over the tarmac like in the first Ride. The cornering is vastly improved, with the bike tipping into turns unlike the first game that exhibited arcade-style physics. Corner entry and exit feeling play a vital role in a moto-racing game, so the updated gameplay makes a pivotal difference. Wet tracks were a feature missing from the first Ride installment but have been included in the second one. Small details and additional variety contribute to furthering the shelf life of games such as this. Another user customization feature is the riding gear. Players can choose from hundreds of different pieces of gear such as shoes/boots, gloves, jackets, pants, jeans, one-piece suits, visors and helmets.

The tracks are what makes Ride 2 really shine. The list of circuits is composed of fictional and real-world tracks, with the real tracks accurately capturing countless minute details that bring these circuits to life. Ride 2’s most highly anticipated tracks are Ireland’s North West 200 and the Ulster Grand Prix, and a large section of the famous Nurburgring. The iconic German circuit features details down to the graffiti decorating the tarmac. The villages lining the side of the road in the NW 200 and Ulster GP look pretty great, too. Milestone’s use of the same engine found in the MotoGP games has allowed them to focus on ironing out kinks and better polish the graphics which is how the tracks have reached the level of detail that they have.

One of the frequent complaints that have surrounded current and previous MotoGP games is the low quality of the bikes' engine sounds. Capturing the roaring sound of a MotoGP engine is admittedly difficult, but Milestone has done a much better job capturing the sound of many of the bikes in Ride 2. Accurate sound in racing sims are a major part of the immersion experience.

It's important to understand what Ride 2 is, just as much as grasping what it isn’t. In an effort to appeal to a wider audience that goes beyond just hardcore riders, Milestone has gone with a realistic engine that's wildly forgiving. Brushing up against walls or curbs at high speeds has much less effect than it should. Ride 2 is NOT a true racing sim, it is, however, a very entertaining game – which is ultimately what matters. VR:TG is for fans of MotoGP whereas Ride 2 is a game for riders who don’t particularly care about Grand Prix racing. Vast improvements have been made over Ride and hopefully Ride 3 will be even better if it gets made.

Both of these titles have made vast strides since their previous generation and were sure to see new motorcycle games in the future, including but not limited to the upcoming official Isle of Man TT video game. The developer behind the upcoming TT game is BigBen interactive, who were responsible for Motorcycle Club – a simply terrible console game that's put to shame by even mobile racing sims, so hopefully they’ll manage to do the world's most famous road race justice. While VR:TG came out in the summer of 2016, Ride 2 was released in North America on February 14.

Have you played Ride, Ride 2 or any of the MotoGP games? What do you think?