Harley's Battle of the Kings Heats Up 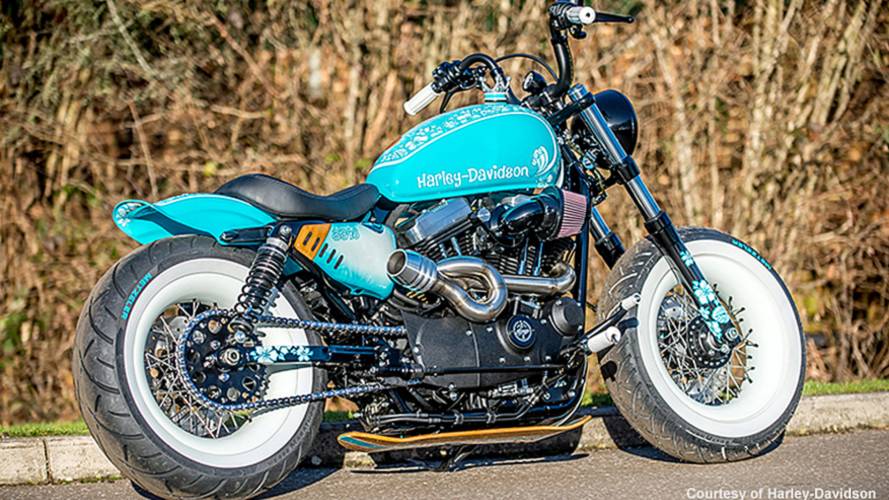 Harley-Davidson announces the UK and Ireland shortlist for the 2017 Battle of the Kings.

Voting for Battle of the Kings III – Europe’s biggest dealer-led custom build-off competition – has now closed. According to the manufacturer, tens of thousands of online votes were placed in just over three weeks by fans of Harley-Davidson for Dark Custom builds from 220 dealer-built entries spanning 21 countries.

The massive voting process has resulted in a shortlist of bikes for each country or region, with the winning bike bike from each shortlist going on to represent that country/region in a grand finale at Milan’s EICMA motorcycle exhibition in November.

Taking a look at just one of the regions, the United Kingdom and Ireland fielded 31 entries, and voting was reportedly busy from day one to the final day. The top five entries in that region, as voted by the general public, are:

The top five machines now move to a specialist judging at the Carole Nash MCN London Motorcycle Show this weekend (Feb. 17-19) to decide which build will represent the UK in a battle royal between fellow competitors from Europe. The judges include a number of editors from various regional moto mags, but we love that artist Grayson Perry is among the group. Perhaps best known for cross-dressing and making vases, Perry is also an avid motorcyclist.

The top-five finalists can be seen in the metal at the London Motorcycle Show by visiting the Harley-Davidson exhibition stand M57. Dealers were challenged to create a road legal custom inspired machine within a strict budget, using an Iron 883, Forty-Eight or Roadster from the Dark Custom Sportster range.