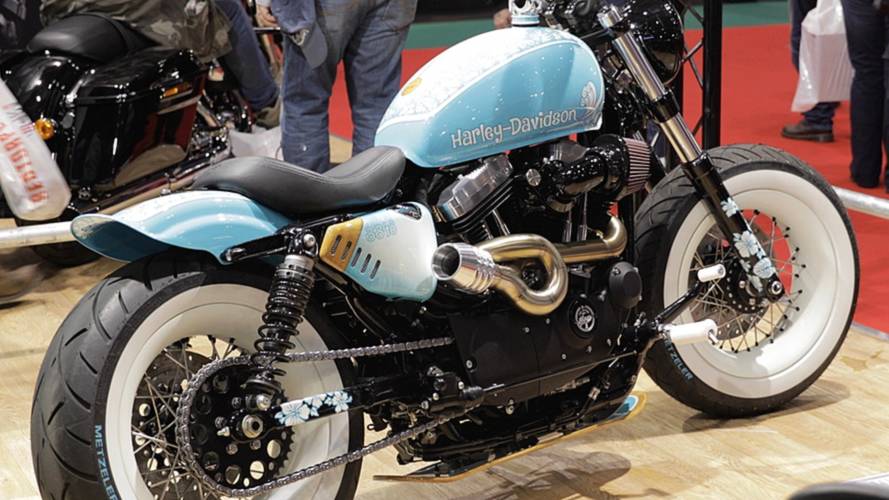 The UK/Ireland winner of Harley's Battle of the Kings competition takes inspiration from sunnier climes.

Custom Build Will Compete Against Other Bikes at This Year's EICMA

The Battle of the Kings title was awarded after two rounds of judging. Round One involved an online public vote of the 31 entries from the United Kingdom and Ireland, from which the top five builds moved onto a final judging round held at the London Motorcycle Show earlier this. The final live round of judging was conducted by an eclectic mix of invited motorcycle industry personnel and personalities. Attendees were clearly appreciative of the amount of workmanship put into creating the Dark Custom machines based on three models from the Sportster range of Harley-Davidson motorcycles.

The Beach Bobber now advances to represent the UK/Ireland against fellow finalists from across Europe at the BOTK grand finale to be held at Milan’s EICMA motorcycle exhibition in November.

“I’m really stoked,” said Steven C. Willis, of Shaw Harley-Davidson. “It’s an absolute fantastic announcement. We are so proud to move forward and represent the UK and Ireland in Battle of the Kings – a competition that has always been unique to Harley-Davidson, and an awesome competitive arena for the Harley-Davidson network to show our expertise in the custom market.”