Ask RideApart: Why Should I Care About Motorcycle Racing? 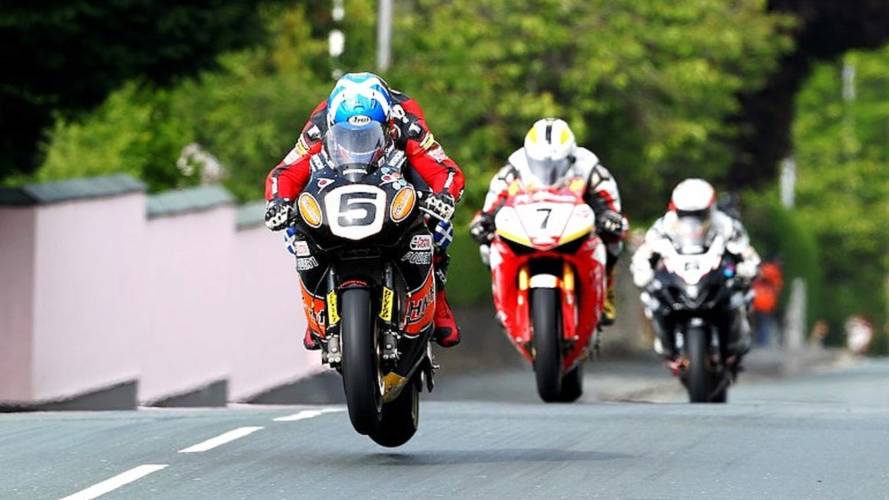 Our site director says racing is boring to watch. Bryan Wood takes on the challenge of proving him wrong.

Many casual weekend riders, cruisers, daily motorcycle commuters, and canyon carvers don't seem to care at all about the various and varied forms of motorcycle racing. In the glory days of the 1970s racing was so popular that even with just three TV networks some events got prominent coverage, but now you have to search it out. So why should you now care about racing when you are just enjoying yourself with a weekend ride, or getting to work?

Because racing (even just spectating) can make you a better rider, which makes you safer, and can increase your enjoyment whenever you are on a bike.

Since the days of the horse-drawn motorcycle it has been said that "racing improves the breed." In other words, it used to be the case that racing was how factories developed new models and technologies before releasing them on the street. These days, however, most racing is tightly sanctioned to slow the pace of progress, tighten the racing (thereby increasing the entertainment factor for paying customers), and increase safety. Such philosophies limit the use of certain innovations, but that still doesn't mean MotoGP machines are just fancy street bikes.

Still, the current basic street bike is worlds ahead of the factory race bikes of just 20 years ago, and, in some ways, better than what is raced currently. So, if racing is no longer about making bikes better, what's the point?

Racing is sport, just like football, soccer, the Olympic Games, or a pie-eating contest. For the competitors that means it is a contest to see who is the best, the luckiest, and the most clever. For a hobbyist who does it occasionally, it is about beating your personal best and having so much fun you don't even notice how much money you're spending. Does anyone question what the decathlon is about or how relevant it is to modern society? What about the explosion in recent years of triathlon, mud runs, gladiator runs and the like? Sport is about testing yourself against the clock, the scoreboard, and others, and seeing how you stack up.

Drag racing is looked down upon by some as the stupidest and simplest for of racing, but launching a street bike full tilt, time after time, without looping it, or missing a shift at full throttle takes skill and quick reflexes. Most local drag strips allow bikes to run for not much cash, so why not try it yourself? Drag racing is the viral video of racing entertainment: you don't need to know anything about it to enjoy it for a few seconds.

Speedway racing, in case you aren't familiar with it, is a four-lap race around a dirt oval for four to six riders at a time. The bikes are simple 500cc alcohol-burning singles with a clutch but no transmission, no brakes and barely any suspension. You don't have to know anything about the bikes or the riders to enjoy the races, though. Everything happens fast because the tracks are typically under 1/4 mile; the bikes are sideways more than they are going straight. But you will be amazed at some of the strategy and nuance you can witness in the 3 minutes the race lasts. Speedway is the earworm pop song music video you can watch in minutes, and get stuck in your brain for days.

More than 40 years ago some brilliant promoters had the idea to hold a motocross race at the Los Angeles Coliseum – instead of out in the middle of nowhere, where few spectators wanted to go. These days, the motocross variant of Supercross takes things even further: manufactured spectacle, like a stadium rock concert or professional wrestling, with the big difference being that what you see up there on stage is real.

Watching motocross of any sort is much like watching boxing or MMA: it is a tough physical fight with the winner having to balance on the edge of going hard enough to stay out front, but not so hard he or she crashes or gets worn out too quickly. Racing off road on a motocross track is one of the least expensive ways to get involved, and you will discover just how much thinking goes into riding a track with not just two, but three dimensions of corners to negotiate. These races last 30-60 minutes and can have as many plot twists in that time as "CSI" or "Law and Order."

American Flat Track, where skilled riders on the edge of control race on dirt ovals up to a mile long, has as much nonstop action as professional basketball, or hockey. Even if you don't know who any of the riders are, and aren't rooting for anyone, the races can be riveting. If you are a casual street rider watching these pros circle at triple-digit speeds, sliding both wheels, will boggle your mind and teach you a thing or two about riding. These are typically 25-lap races, with a tightly bunched pack fighting for dominance the whole way. Imagine an entire NBA game distilled down to just a quarter, or an NHL event that was just sudden death overtime; that's the excitement of flat track at this level. There is also a growing amateur flat track club racing scene, run on quarter-mile or smaller tracks, where speeds (and dangers) are low but the fun is high.

MotoGP is the top tier of road racing money-is-no-object, cutting-edge machines, with World Superbike just below it, and MotoAmerica below that, both on highly modified street bikes. These races are longer, and sometimes there is not a whole lot of passing going on, followed by intense flurries of action. Watching pro road racing is a lot like the big budget blockbuster movie franchises, in that the more you know the characters and follow the plots from event to event the more you get out of it. If you just happen to catch a random race you may be a little lost, but you are still going to see some super human riding. Pro road racers are to daily commuters what mall walkers are to ballroom dancers. It used to be customary to drop in the slow-motion clip from On Any Sunday in any conversation about the art of riding at this level, but instead now we have this:

Now that you've seen what the bikes and riders are doing in super slow motion, think about the fact that in MotoGP these bikes are topping out at more than 210 mph. World Superbike is not all that far off, showing how far production bikes have come and hitting top speeds above 200 mph. MotoAmerica has much stricter rules about what can be changed from stock, and these bikes are still going better than 180 mph. There used to be a direct trickle down of technology, power and handling from the top-read racing bikes to your local dealer's showroom, but now it goes both ways. High-tech sport bikes feature so many electronic nannies they make you ride better without being a better rider. However, the electronics packages used on race bikes are all very closely regulated to ensure it is the rider and not the computers who are winning races.

If professional racing series are the big budget epics full of stars and CGI, then club racing is community theater. To put it another way, If MotoGP is Bruce Springsteen at Madison Square Garden, club racing is an awesome bar band at your local pub. It isn't hard to have fun at a club race, and there is racing to watch, but it is not as dramatic as the pros. Club racing makes up for it with a more laid-back atmosphere that is often like a block party or BBQ. Vintage road racing events are club racing events with more eye candy (if you are into old bikes) and sometimes the chance to meet your heroes.

Isle of Man TT (and other real road racing)

The real road races, the Isle of Man being the most famous (but there are also the Ulster GP  and the North West 200), are still the pinnacle of motorcycle racing in my book. Average speeds are not as fast as MotoGP events, but then the courses are barely improved public roads. The 37-mile mountain course around the Isle of Man is famous for being able to support three different weather conditions during one lap, but at least it is a time trial. Street courses in Northern Ireland are run like regular races, with dozens of bikes trying to out brake each other going into a corner littered with with curbs, trees, barbed wire, and stone walls.

These events are the "Game of Thrones" of racing, where it helps to know the players, anything can happen, and tragedy and violence strike without warning. If MotoGP riders are super heroes, these real road racers are more like vikings, or samurai, or Davy Crockett, in that they look like ordinary, flawed men, but they seem to accomplish super human feats.  The real cross-country off-road racers of the Dakar and Baja 1000 races are in that same category, and also share the feature that the only real way to appreciate them is via the magic of TV. Going to any of these huge events to watch is a great party, with a race running through it, but you can't really see all that much.

All those are just some of the more popular, more common forms of motorcycle racing. Trying to explain why someone should care or appreciate motorcycle racing is like trying to answer the question, "What's so good about TV?" or "Why do you like sandwiches?"

If you don't like one variety, try a different one. If you are one of those riders who see motorcycle riding as more of a zen thing, like surfing... well, they have surfing competitions, too. In the end, racing can expand your abilities as a rider (sometimes just by watching), but if you don't like it that's OK, too.