Indian Motorcycle Gears Up for Daytona 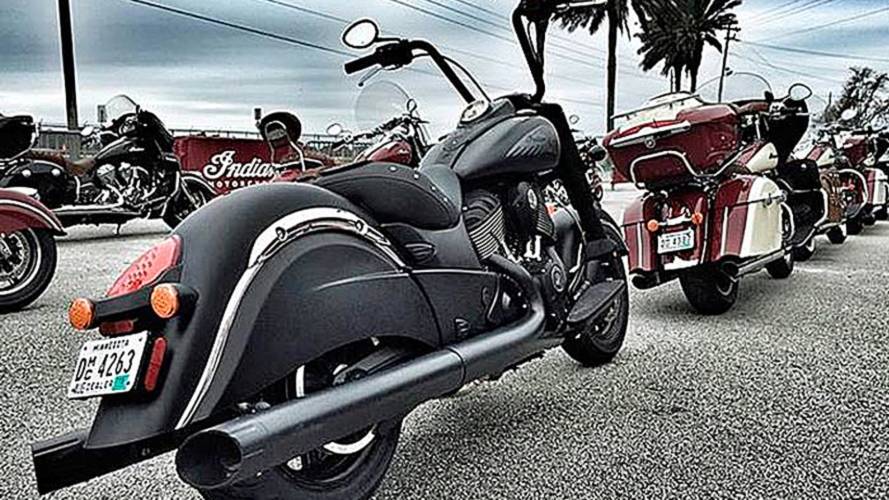 Indian Motorcycle plans to have a big presence in Daytona 2017. It all starts with the race team debut during Flat Track and ends on the Beach.

Indian Motorcycle’s plans for Daytona Bike Week include a custom bagger showcase, demo rides for all new models, and a 2017 Chieftain sweepstakes. From Carey Hart’s custom Chieftain bagger on Main Street to the all-new Roadmaster Classic at the Speedway, Indian Motorcycle will have a presence throughout Daytona for all visitors to enjoy.

In addition, Indian’s new “Wrecking Crew,” backed by Allstate Motorcycle Insurance and featuring one of the most stacked lineups in flat track racing history, will make its debut at the American Flat Track season opener at Daytona International Speedway on Thursday, March 16. The team includes 2016 Champion Bryan Smith, Brad Baker and Jared Mees aboard the new FTR750.

See what’s new from Indian Motorcycle at the Main Street display and enter to win a 2017 Chieftain. The two Indian dealers who recorded the most votes for their custom Chieftain bagger during a two-week ‘Project Chieftain’ voting period will be proudly displayed on Main Street during Bike Week alongside Carey Hart’s custom Chieftain build.

Among the various activities, Indian Motorcycle will have a significant presence at Daytona International Speedway where attendees can view a variety of displays, including:

Fans will also be able to ride the entire 2017 line-up of Indian motorcycles, including the Scout, Chieftain, Roadmaster Classic, among others. Ride multiple bikes, compare, and decide which models best suit your riding style. Demo rides are free and available to those with a valid motorcycle endorsement and proper attire.

Open daily, visit the dealership in the heart of Daytona Beach to check out Indian’s full 2017 line-up. At this exclusive location, Indian owners can retrieve a limited edition Indian Motorcycle race-inspired patch to commemorate their 2017 Bike Week experience.

Indian wrapped trailers will be traveling to highly populated locations throughout Daytona and offering demo rides for select models from the 2017 lineup throughout the duration of Bike Week.

Join us Thursday, March 16  from 10 a.m. to 1 p.m. for a  behind-the-scenes tour of the Daytona International Speedway including the track, pits and paddock. After that, you'll have a private meet and greet with the 2017 Indian Wrecking Crew Race Team - "Flyin" Bryan Smith, Brad "The Bullet" Baker and Jared "Jammer" Mees. Then, you'll get a close look at the all-new Indian FTR750 race bike the Wrecking Crew will compete on. Visit the Events section on www.IndianMotorcycle.com for registration details.