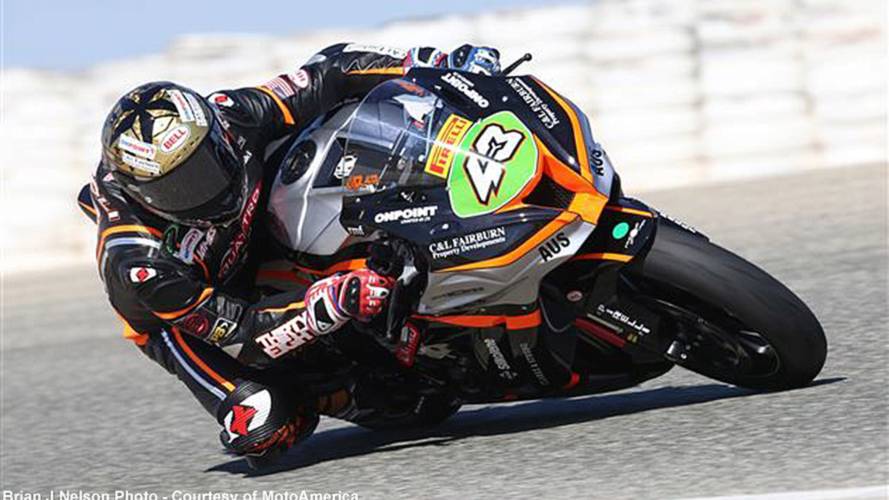 Do you like superbikes? Do you live in Texas? Either way, Dunlop is offering free passes to the upcoming Tire Tests at Circuit of the Americas.

Want to get as up close to the action as possible? For free? Well that's exactly what the two-day Dunlop Preseason Test at the Circuit of The Americas (COTA) in Austin, Texas, offers up to fans of the MotoAmerica Series. That's right, free access to MotoAmerica's top teams and riders, March 28-29, as they take part in their final shakedown test prior to the season opener at COTA three weeks later, April 21-23. And that's not all. MotoAmerica is also hosting the Livery Reveal presented by Treaty Oak Distillery on Monday, March 27 from 6:30 - 8:30 p.m. at the Container Bar in Austin, where fans will get the chance to watch as MotoAmerica teams and riders unveil their new-look motorcycles.

From 8:30 a.m. to 5:20 p.m. on Tuesday and Wednesday, Circuit of The Americas will open its gates to the public with fans able to take in all the action that two days of preseason testing can offer up. In total, 43 riders will take part, including 23 from the Motul Superbike/Bazzaz Superstock 1000 class - headed by two-time defending MotoAmerica Superbike Champion Cameron Beaubier, his teammate Josh Hayes, and the two Yoshimura Suzuki riders, Toni Elias and Roger Hayden, as they ride the new 2017 Suzuki GSX-R1000 Superbikes in public for the first time. "I'm really looking forward to getting to COTA for the Dunlop test," said Beaubier. "It's good to see everybody again like the first day of school. Then it's all business with two solid days of testing at a great racetrack and the place where it will all start a few weeks later. It's also cool to see the fans come out and see what we're up to."

Others set to start their season with new teams/motorcycles are 2015 Superstock 1000 Champion Jake Gagne, with the Californian making his debut on the Broaster Chicken Honda CBR1000RR SP2, two-time FIM Superstock 1000 Champion Sylvain Barrier on the Scheibe Racing BMW S1000RR, Cameron Petersen on the Fly Racing/Motul/ADR Motorsports Kawasaki, Josh Herrin on the Wheels in Motion/Meen Motorsports Yamaha YZF-R1 Superbike to name a few. Jake Lewis will also debut the new Suzuki GSX-R1000 in Superstock 1000 trim for the M4 ECSTAR Suzuki team.

Twenty Supersport/Superstock 600 riders will also take part, led by defending Supersport Champion Garrett Gerloff and his Monster Energy/Yamalube/YES/Graves Yamaha teammate JD Beach, the top two from last year's title chase. They will be joined by the likes of M4 ECSTAR Suzuki's Valentin Debise and KTM RC Cup Champion Brandon Paasch, who will make his Supersport debut on another M4 Suzuki. Paasch will also be on the 3.426-mile track with one of his former KTM RC Cuppers, Jody Barry on the Rhoades Racing/Farrell Performance Kawasaki ZX-6R.