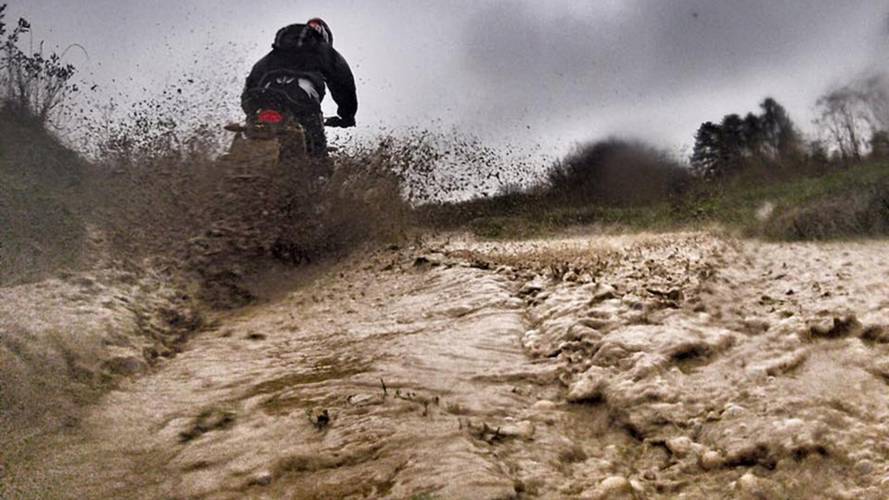 A British military team has set off, unsupported, to conquer the Darien Gap on CCM GP450s. Despite having seen action in Iraq, Kosovo and Afgahnistan, six elite members of the British Armed Forces are attemping what could be their greatest challenge yet – a 20,000 mile motorcycle journey across the Pan-American Highway including the notorious Darien Gap, in an effort to set a world record.

In a story by Oscar Kornyei on Adventuremotorcycle.com, the trek is termed the first to ride the length of the world’s longest road, the Pan-American Highway, which spans the length of the earth, in one continuous journey. “This effort echoes the record-breaking three-month expedition led by Colonel Blashford-Snell, OBE, in 1971, when he and a team of more than 100 men and women forced two Range Rovers through the 300-mile Darien Gap – using machetes to clear the way. No one has ever repeated the feat.”

Expedition leader Major Nick Foulerton (Royal Scots Dragoon Guards) said the team chose the single cylinder four-stroke CCM GP450 for the record attempt as it had a great enduro pedigree and was the lightest in its class at 275 lbs dry. “Even better it’s British,” he said, “so now we’re setting a British world record on British machinery,” he said. “Being an unsupported record attempt we can’t carry everything, but we have spare levers, cables, batteries, clutch kits, generators, starter motors and various nuts and bolts. We’ve sent packages to Colombia and Canada to carry out major services.”

The team departed Tierra del Fuego at the southern tip of South America on March 13, headed for Prudhoe Bay on the northern coast of Alaska. Facing a combination of thick jungles, deserts, crowded cities and snow fields, temperatures will range from -5 to 35C degrees and altitudes up to 12,000 feet. “The Darien Gap, in Panama, is one of the most dangerous places on earth: 10,000-square-miles of lawless wilderness teeming with anti-government guerrillas, swamps, mountains, and rainforests.”

“We have three months to complete the journey or roughly 100 days,” said expedition doctor, Surgeon Lieutenant Alex Bamford (Royal Navy Commando) said: “It’s not much time to travel the length of the earth from the edge of the Antarctic to 300 miles inside the Arctic circle. Mileage will be around 200-600 miles a day depending on the roads and terrain. The Darien Gap will be more like five miles a day.”

The record attempt is being funded by the army, the individuals taking part and commercial sponsors (including Belstaff, Oxford Luggage, LS2 helmets and Capt. Fawcett’s Moustache Wax) , and hopes to demonstrate that the British Military remains capable of conducting audacious adventures at the forefront of overland exploration. Colonel Blashford-Snell, A patron of the expedition and leader of the groundbreaking trek back in 1971 said, “I’m delighted to find that there are some maniacs around in this world who are prepared to try and follow our tire marks through the Darien Gap.”

The team’s CCM GP450 have been outfitted with a fee extras:

•A Power Commander for a few extra hp, and letting the bike run cooler when operating in high humidity areas

•A small tray fitted to the rear luggage rack that will carry four 2.5-liter jerry cans for water and fuel

•Strengthened top instrument bracket to minimize the risk of snapping

To follow the team’s progress during the trip, please visit the following pages: