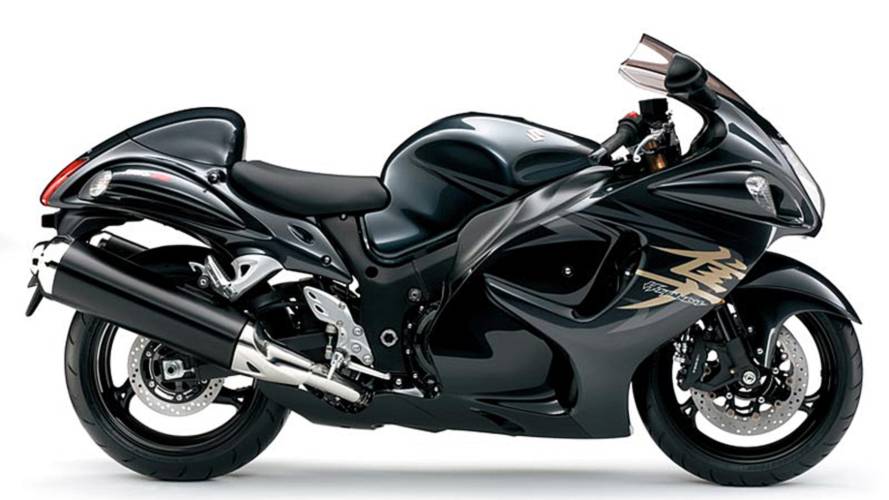 Taking a look at CARB filings we found something surprising. Could it be that Suzuki is planning to get rid of an icon?

The GSX1300R Hayabusa, Suzuki’s original jumbo superbike, appears to be going on hiatus for 2018. According to Drivespark, Suzuki's filings with the California Air Resources Board (CARB) show the same emissions figures as last year, which suggests that there won't be a 2018 'Busa on the market. (Well, that's one interpretation. But check the comments for different interpretations from Asphalt and Rubber's Jensen Beeler and Cycle World's Sean MacDonald – Ed)

The Hayabusa (Japanese for Peregrine Falcon) grabbed immediate attention with its debut in 1999. At 550 pounds, the 1300 was no flickable sportbike, but was comfortable, stable and godalmighty fast. The Honda CBR1100XX, then the top speed dog on the block, was left sucking wind. Kawasaki countered with the Ninja ZX-12R the following year, but was unable to best the Suzuki on top end, putting the Hayabusa at the head of the class as the 20th century’s fastest production motorcycle.

In 2008 Suzuki upped the displacement to 1340cc and added a slipper clutch, but otherwise the Hayabusa has remained largely unchanged for 18 years. Rumors of a turbocharged version to challenge Kawasaki’s H2R have remained unverified, and the market for 200 mile-per-hour road bikes may or may not exist right now.

Nonetheless, the Suzuki Hayabusa was, and still is, a popular choice throughout the world despite its relative lack of contemporary electro-trickery. The current edition does offer ABS and three riding modes. With a rated 197 horsepower and 155 Nm of torque, it remains one of the most powerful machines available, and at a price within reach of many riders.

While the size and weight of the Hayabusa may have put off a number of knee-draggers, I can attest to its track-worthiness. While working as a riding instructor when it came out, I was asked to follow a rider of undetermined ability around Sears Point Raceway in order to assign him a class. I had to wring the neck of a GSXR-750 to keep pace, and was suitably impressed with the Hayabusa.