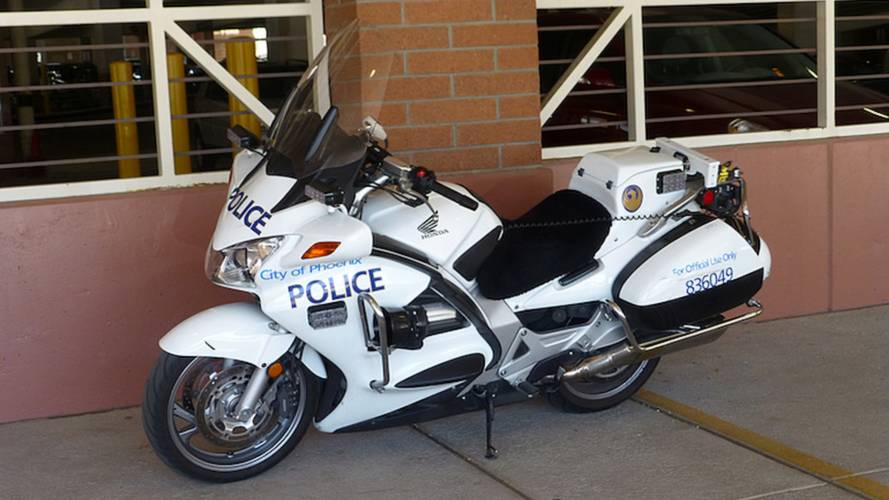 Tesla keeps telling people its cars are not yet fully driverless but its customers don't seem to listen.

According to a report in the Arizona Republic, a Phoenix police motorcycle was struck last week by a Tesla Model X reportedly operating on autopilot.

Police said the officer and the Tesla exited a freeway with the motorcycle in front. When the rider stopped for a light, the car stopped as well, but then started moving forward. The officer jumped off the bike, which was struck at low speed by the car.

The driver reported having the car on autopilot at the time. The officer was uninjured and the car driver wasn’t ticketed. Phoenix police spokesman Sgt. Alan Pfohl said.

“It was pretty much a tap," Pfohl told the Arizona Republic. "It wasn’t even a reportable collision. If it wasn’t involving an officer, we would not have even investigated it.”

Tesla has warned customers in the past that its autopilot mode does not mean a driver can completely disengage, but increasingly it seems customers are unwilling to listen.

Tesla's website specifically states that drivers are in command of their vehicles after exiting freeways.

"When you reach your exit, your Tesla will depart the freeway, slow down and transition control back to you," the website says.

The company announced in October that it would soon begin including hardware in its vehicles that could make them fully autonomous. That has not happened yet, though. At present, the vehicles are simply equipped with driver aids like forward collision warning, automatic braking and auto steering.