How to Sell a Motorcycle 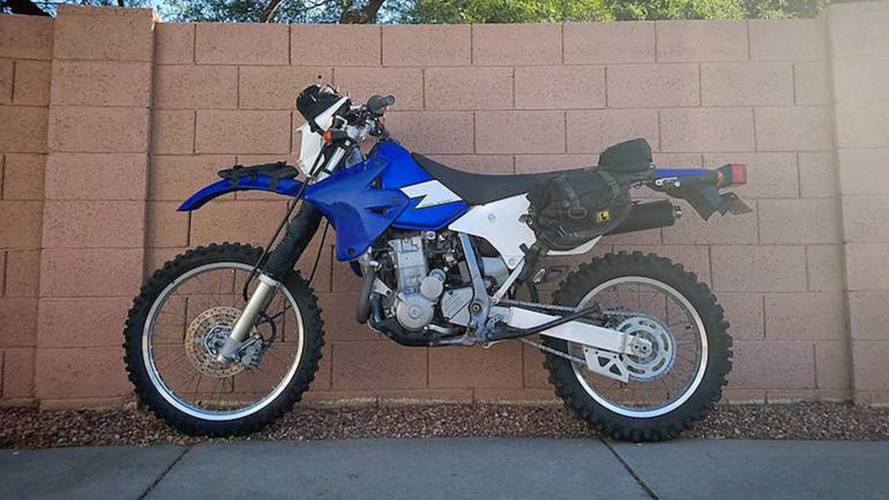 You've decided to move on and need to sell your bike; find out how to get the most moolah from your old moto.

I’m 31 years old and have owned 33 automobiles and six motorcycles. Given the trajectory, I’m likely to hit the century mark long before I put in for my pension – especially if we’re combining numbers. Some might say I’m an expert at the “buy-and-sell,” a craftsman of the Craigslist, or just a good-for-nothing hustler who sees his way from half-finished to "ran when parked" bike and car projects profiting – ever so slightly – along the way. However you shake it, I sure know how to sell some stuff. Petrol powered things in particular.

So, when RideApart's director asked a pool of contributors to pen a piece about selling a motorbike, I stuck my proverbial hand up high.

Step One: Know What You’re Selling

Got an old Kawasaki KZ440 that wandered home with you one night? Need to make space for another barely running collection of bits and pieces? Make sure you know that the KZ440 is an entirely different animal than its predecessor, the KZ400, or that the bike came in a variety of trim and configuration options (LTD, anyone?) that might make the difference between a sale and someone being surprised that their soon-to-be Café Racer is, in fact, a clapped-out Japanese cruiser from the late 1970s.

Other examples include not knowing the difference between all the Harley-Davidson designations – XLCH, FXDL, et al. These are the things that matter most to your potential purchaser. Maybe you’re not an H-D enthusiast, but a simple bit of Google-fu will solve all your problems. And be specific: what year, which model, the alphanumeric designation, how is it different from other iterations, and your history with the bike. The more specific and accurate you can be, the better.

This is easier than it sounds. You won’t need the latest DSLR or mirrorless magic to make it happen, either. Start low and shoot close. Fill your frame with the bike, and make sure you’re not shooting into the sun. Take photos of both sides of the bike, then lean in for the detail shots. Gauge cluster and instrument panels, engine components, rusty spots, blemishes, etc.

Document it all, and offer it to the internet along with your lengthy descriptor. Also, try and keep the background clear of confusing and/or curious objects. You don’t want emails about that vintage BSA you have sitting in the shed when you’re trying to sell your neglected Nighthawk.

Lastly, make sure your mom approves. Don’t put your girlfriend on the bike, or include photos of you poppin’ gnar wheelies. This is a business transaction, so the pictures should be appropriate, maybe even boring. But ultimately, clear – not too dark or too bright, sharp and detailed.

Seems like a simple suggestion, yeah? Get your future flash sale on Craigslist, then share the link on Facebook, Instagram, Twitter, et al. Tell your friends. Send them the link. Post it on forums most associated with the bike you’re trying to sell. Be shameless. You’re not going to sell the thing if you’re not trying.

I’ve finalized the purchase of countless bikes and cars via email, prior to ever looking at them. If the ad is transparent, the photos decent and the description up to my standards, I’ll usually settle on a purchase price long before looking at the bike in person. What am I getting at? Make sure the guy/gal that wants to “take a look” at your toy is ready to reach into their pocket when the time comes. Tire kickers can get lost.

How can you tell the difference? Their questions will be specific, and so should your answers. Don’t trade the damn thing! And don’t respond to nonsense, either. If you really want to sell this rig, you’ll know who the future owner is long before you meet them.

That said, don’t be afraid to determine a price you’re willing to accept before they see the bike. Build room into your price so that people can negotiate. Want $1,500 for that KZ440? List it for $2,200 and let someone “talk you down.” For some people, haggling is half the fun.

Step Five: All Sales Are Final

The last step in this "selling your bike" thing is to actually sell your bike. This means you need to be available and willing to meet someone on their schedule. Selling is a sport that gets played in the arena outside normal office hours. You might need to meet someone right after work or on your lunch break.

Have the bike in ready-to-sell condition and accessible. Ride it to work every day or park it in a place that’s accessible. Nothing says, "I don’t want to sell this," like arriving at someone’s house to find your future fun-machine buried in the back of the garage, or in a shed covered by a blue tarp (been there).

Another thing to note is that when the cash comes out, be ready to shake hands and mean it. If an offer is accepted, be sure to shake on it. There’s something about a firm squeeze and shake that says: "This deal is done."

And done it is. Once the money is exchanged, the Bill of Sale signed and keys offered up, that’s it. Emails or calls about how the bike didn’t make it home, or that it won’t start a week later are met with a firm Buyer’s Beware notice. Also, and perhaps most importantly, be as transparent as possible. Tell the prospective owner all your secrets. Let them know what you’ve done to the bike and why, how long you’ve had it, how long it sat or was ridden, and why you’re selling it. No one wants to buy a bike from a guy who’s just looking to come up a little.