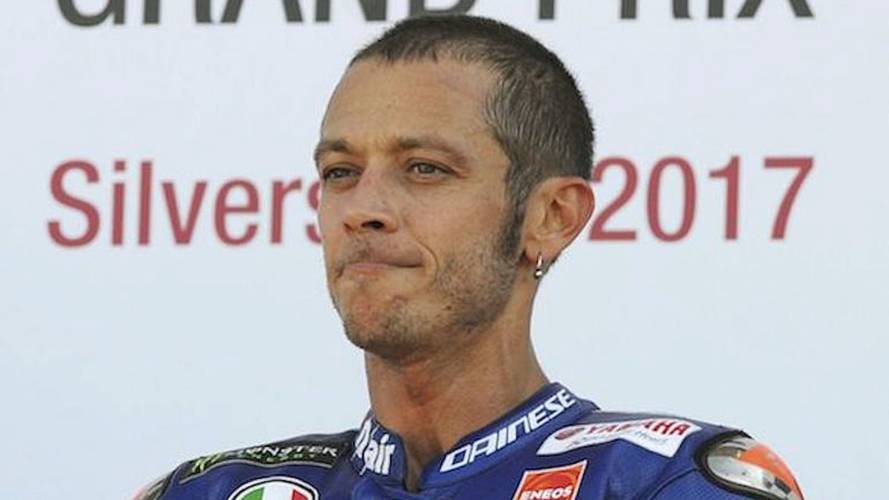 Valentino Rossi may be out of the running for his tenth MotoGP title thanks to a bad dirt bike crash. Following surgery for displaced fractures of the tibia and fibula in his right leg, Rossi was nonetheless optimistic.

“Now I want to be back on my bike as soon as possible,” he said. “I will do my best to make it happen!”

READ MORE: Valentino Rossi is a Badass on Four Wheels Too

The MotoGP star was injured in what Team Yamaha called an “enduro training accident" on Thursday, August 31st. He underwent surgery at Ancona Hospital’s Orthopedic and Trauma Division, overseen by the facility’s director, Dr. Raffaele Pascarella, who said that Rossi will need 30 to 40 days of recuperation before he can ride a motorcycle. The next round of the 2017 MotoGP season is this weekend in Italy at Misano, Rossi’s home track, followed two weeks later by the Spanish GP at Aragon.

It would appear the next feasible race for Rossi to compete will be the Japanese Grand Prix at Motegi, set for October 13. That’s 40 days and counting. Which is not to say he couldn’t tough it out and race in Spain. And his chances to regain the championship are dim in any case, sitting now in fourth place, 26 points behind leader Adrea Dovizioso of Ducati.

Pascarella described the breaks to Rossi’s tibula and fibula as complicated.

“The operation lasted one hour,” he said. We used a pin to stabilize the fracture. The leg is a bit swollen, and he will stay here for a few days before beginning physiotherapy immediately." Rossi reported feeling good following the surgery last Friday.

“I spent a good night, I slept, and this morning I felt good,” he said. “The doctors visited me and they gave me the OK to go home, where I'll be able to rest even better. I will begin the rehabilitation as soon as possible and we‘ll see how my body reacts before making any decisions. I have to say 'thanks' once again to all the staff of the ’Ospedali Riuniti‘ in Ancona, but also Urbino's First Aid and the 118 Service, as well as all the friends that came to visit me. As I said yesterday, I will do everything I can to get back as soon as possible.”