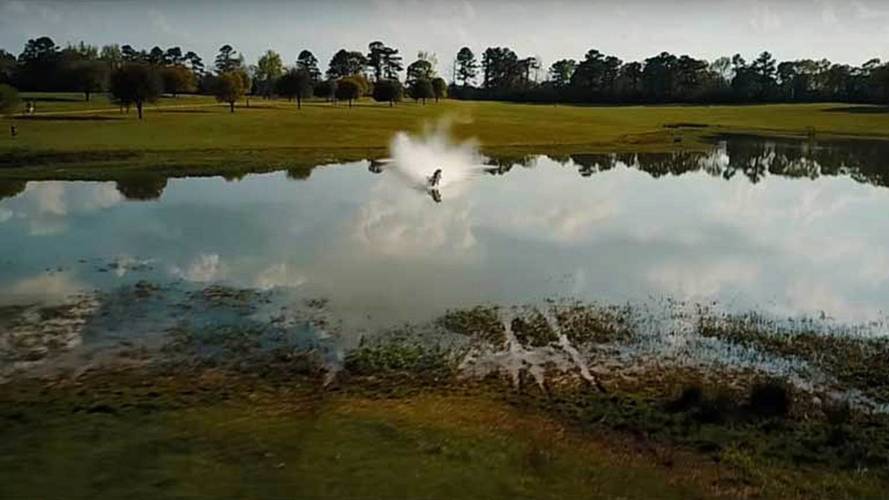 Make sure to choose the HD version, turn up the volume and wake up your buddy in the cubicle next to you because this video from Redbull is pretty awesome. It is more of the same old antics you might expect from a Nitro Circus video. The big difference except that it has some cool racing highlights and a bunch of clips of the riders trying to make it across a huge, shallow pond aboard a fleet of nearly factory dirt bikes.

Here’s the set up: Kevin Windham hosted a Loretta Lynn’s regional qualifier at his Farm 14 Compound recently and it turned into a free ride fun fest that was sure to have blown every little kid’s mind who was at that race. Brett Cue was doing nose landing stoppies on the landing of his table top leap. It’s worth seeing if you’re not tracking what skill it takes to pull that off. Put it this way, Pastrana couldn’t do it. You are getting a two for one deal this afternoon since we had to post two videos today. Robbie Reynard and a handful of former AMA stars were on hand for some old school star power along with pond skimming stud Trevor Piranha (great name, right?).