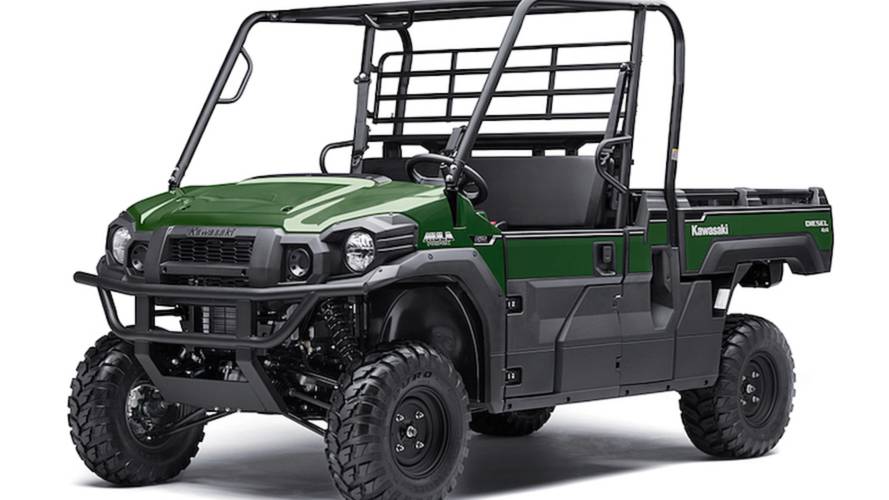 Kawasaki USA and company employees in Texas are pitching in with disaster relief for victims of Hurricane Harvey.

Following the devastating effects of Hurricane Harvey in Texas, Kawasaki Motors Corp., USA says it is donating five Mule utility vehicles to be used in the relief efforts.

“The destruction caused from Hurricane Harvey was devastating and the team at Kawasaki is anxious to lend our support to all those impacted,” said Yoshi Tamura, Kawasaki president and CEO. “We know our Kawasaki Mule vehicles will aid in assisting support teams, families, and our dealers in repairing their homes and businesses. Our thoughts and prayers are extended to everyone affected.”

Personnel from the Kawasaki regional office in Dallas immediately took action after last week's hurricane, with individuals heading down to Houston to volunteer their time. And many Kawasaki dealers also began loaning Mule utility vehicles to local relief organizations. In addition, Kawasaki has initiated a donation-matching program for employees at all of its U.S. locations. The company will match all individual donations from $30 to $500 made to non-profit organizations.

The popular all-purpose quad recently reached its 30th anniversary in production, and has been instrumental in infrastructure projects and emergency response for those three decades. First introduced in 1988 in Lincoln, Nebraska, the Mule has been used by police, fire, and EMT departments across the country as well as by ranchers, farmers, and oil crews across Texas.

Emergency crews and first responders should be able to use the vehicles to reach hard-hit areas that traditional vehicles cannot. Combined with a tilting cargo bed capable of holding a large payload, Kawasaki says the Mule is well-suited for removing storm wreckage or hauling new construction materials or emergency supplies into hard-hit areas.

Anyone wishing to contribute materials or equipment to help flood victims is urged to donate to the Hurricane Harvey Relief Fund.