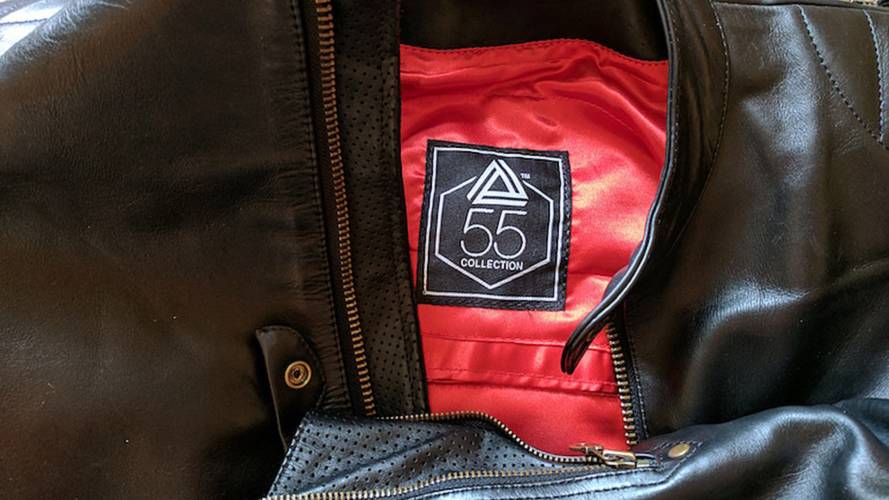 The Barcelona-made Hard jacket from 55 Collection looks gorgeous, but is it worthy of its price tag? Check out our review of this motorcycle jacket.

It’s likely you’ve never heard of 55 Collection; the Barcelona-based leather goods company is relatively small and has only been on the scene for a few years. So, allow me to introduce you to a company that’s making some of the best-looking and unique motorcycle jackets out there at the moment.

Adopting the “non serviam” nonconformist attitude that seems to run through a lot of Spain’s motorcycling culture (check out the crazy/beautiful custom works of El Solitario MC, for example), 55 Collection’s jackets may split opinion because of the company’s willingness to make jackets that are fashionable – that is to say, jackets that have a strong fashion element. The old dudes will decry hipsterism or some such thing.

And indeed, I’ll admit that when company founder Aitor Gonzalez offered me a chance to try out one of his jackets I naturally defaulted to the more conservative, classic cafe-racer styling of the Hard jacket. But despite my own fuddy-duddyism I am a strong proponent of allowing people to express themselves on their motorcycles – acknowledging and accepting that intangibles and aesthetics can be as important as horsepower and torque.

That’s not to say the Hard jacket doesn’t also serve the utilitarian purpose of protecting your hide whilst riding. All 55 Collection jackets are made of leather and come with D3O armor in the shoulders and elbows; there’s also a pocket for a back protector. D3O (that’s “D Three Oh,” not, as I had read it for a long time, “D-Thirty”) is a UK-based company that produces armor I love because it is CE EN1621-certified but not nearly as bulky as other body armor. It is so nondescript and comfortable, in fact, that it is almost not noticeable.

Chunky YKK zips on the main opening, wrists and outer pockets seem likely to hold up in a crash and the outer stitching strikes me as well done. The fit, perhaps unsurprisingly, is European cut, which, of course, is code for: “no fatties.”

Although based in Barcelona, 55 Collection is happy to ship anywhere in the world, and I’ve found the team to be very accessible.

All of 55 Collection’s stuff is made right there in Barcelona. And Spain, you will probably know, is an EU country. That means the people who made this jacket have certain worker protections. They live in a fully functioning democracy (better than the United States, according to the Democracy Index) and are paid a fair wage. Depending on how heartily you drink from the laissez faire Kool-Aid cup that may not mean anything to you, but I certainly don’t see it as a negative.

My wife says this jacket is the best-looking article of clothing I own – motorcycle or otherwise – and I tend to agree. Taking out the armor is easy, so I usually wear this when heading out for the evening. Look at that sexy red lining; I feel straight up Rico Suave in this thing. And I’ve got a good feeling that as this jacket weathers and ages it is going to look even better.

I really, really like the fit. As a lanky guy I have long found it difficult to get jackets that don’t offer too much room in the belly; a loose jacket means being miserable in cold weather and there is the risk of having the thing ride up in a crash. If you want the jacket to fit 100-percent perfectly, or to look a little differently, you can have it tailored to your specification for additional cost.

One of the little things I love most is the addition of eyelet-hole vents in the armpits. This tells me the person who designed this jacket actually rides motorcycles. So many jackets have vents in strange places, like the forearms. When have you ever in your life thought: “Oh Lord, my forearms are so hot!” Armpits, though, that’s where you get sweaty first.

There are, admittedly, certain concessions to fashion – to the extent I’m inclined to believe the Hard is a one-crash jacket. The leather is definitely thinner than on the track-spec Hideout Touring jacket I happened to be wearing when I crashed back in March. I’m confident the Hard would have protected me from road rash, but I think I would have been looking for a new riding jacket thereafter. Whereas my Hideout jacket was quickly repaired for £12 (about US $15) and back in service a week after the crash.

As much as I love the armpit eyelet vents, I wish the jacket’s lining were removable to allow air to flow a little more freely. Related to that, the stitching of the liner is not as good as the jacket’s outside stitching. The liner is coming loose in the right sleeve of my jacket. In fairness, though, I will point out that I wear this jacket All. The. Time. and I am not gentle with it. Additionally, the small zipper on the inside pocket has broken. Both these things are issues that a local seamstress could fix for low cost. (You might be thinking: “What world do you live in where there’s a ‘local seamstress?’” But I’ll bet your nearest dry cleaners does alterations and repairs)

At €480 ($510), the 55 Collection Hard jacket certainly isn’t cheap but I personally think that if you’ve got that kind of money it’s worth considering. I cannot overstate how much I love the look of it and how cool I feel when wearing it. Where it counts, the jacket is well put together, comfortable, and can be tailored to fit you exactly. And made-in-Spain craftsmanship means you are putting money in the pockets of people who are living in an open, democratic society.

Made in: Barcelona, Spain