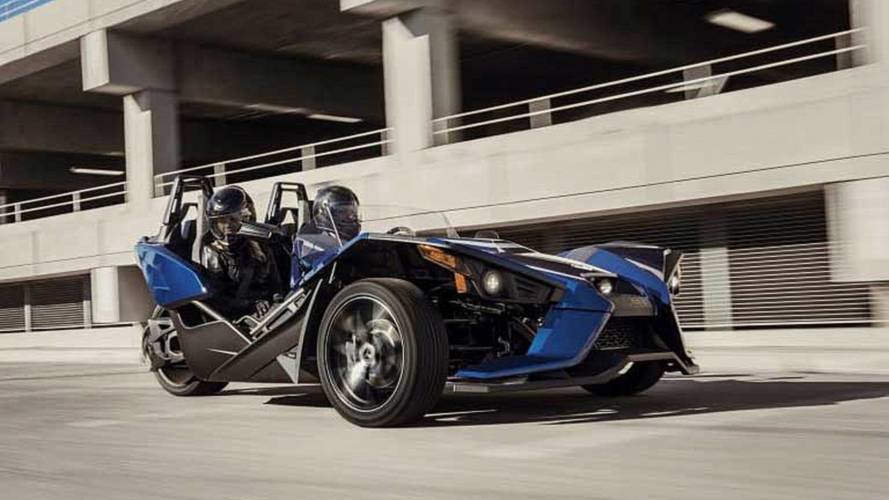 Polaris dares consumers to ride (or drive) a Slingshot in a special Basketball Promotion and they say it was a huge success.

According to the company news release, “With a disruptive voice and a far-reaching campaign, Polaris Slingshot set out to educate a new thrill-seeking audience who embraces adrenaline and attention. The first-ever national advertising campaign, designed to build the brand's awareness, leveraged college basketball's championship tournament in March. The month-long campaign that ‘dared’ consumers to ride a Polaris Slingshot was nothing short of a success.”

Polaris has declared the campaign a resounding success, a three-point winner from center court at the buzzer. “The effort delivered strong results for Slingshot, a three-wheeled, open-air roadster that combines exotic looks with raw performance and literally created and redefined a category for thrill-seeking adrenaline and attention junkies.”  Among the highlights included:

"We committed to kicking off the buying season with a bang, leveraging the month of March to drive a broader audience to the brand," said Kevin Reilly, Vice President, Marketing. "The impact and reach was a perfect way to kick-start our promotional efforts and the awareness generated will build momentum for the brand while supporting our nationwide dealer network." For more information about Slingshot visit PolarisSlingshot.com.